A 68-year-old man presented to the emergency department (ED) complaining of an itchy rash over his body. His past medical history included hypertension, contact dermatitis, and penicillin allergy.

A 68-year-old man presented to the emergency department (ED) complaining of an itchy rash over his body. His past medical history included hypertension, contact dermatitis, and penicillin allergy.

One week earlier amoxicillin/clavulanate had been prescribed for bronchitis. After several days of therapy, a generalized rash erupted.

Epinephrine, methylprednisolone, and diphenhydramine were initiated in the ED. The patient was admitted to the hospital; diltiazem was started for blood pressure control.

Drs Jason Wilder, Cindy Li, Charles Gropper, and Cindy Hoffman of St Barnabas Hospital, Bronx, NY, write that 2 days after admission, the patient had diffuse, blanchable, erythematous patches on his legs, arms, trunk, and back; palms and soles were spared. Triamcinolone acetonide ointment, 0.1% bid, was applied to affected areas, and diphenhydramine was continued. The working diagnosis was dermatitis medicamentosa, most likely secondary to amoxicillin/clavulanate.

Swelling developed around the patient's eyes. He complained that his “face felt tight,” and he had mild shortness of breath and pruritus. Diffuse erythematous edematous patches on his face with bilateral periorbital swelling were observed (A and B).

Since this was the first time the patient had taken diltiazem, an angioedematous reaction to the calcium channel blocker was suspected. Laboratory findings confirmed the clinical suspicion; serum C4 level was less than 10 (normal range, 16 to 47).

Diltiazem was discontinued and was replaced by a hydrochlorothiazide. The patient's condition improved over the next 3 days.

Acquired angioedema consists of a hive-like swelling caused by increased vascular permeability in the subcutaneous layer of the skin and mucosa and submucosal tissues of the GI and respiratory tracts. Pruritus is often conspicuously absent, but burning and painful swelling are common. The face, lips, limbs, trunk, palms, and soles are most frequently involved.1,2

Common causes of acquired acute angioedema include reactions to contrast dyes, serum sickness, and cold urticaria, as well as allergic IgE-mediated reactions to drugs, food colorings, tomatoes, nuts, and insect venom.1,3 In type I IgE-mediated reactions, the antibody reacts with the antigen (eg, food or drug) on the mast cell surface and precipitates a release of histamine and other mediators from the mast cell. Often angioedema occurs with symptoms of systemic anaphylaxis, such as respiratory distress and hypotension.1,2,4

It is estimated that cutaneous reactions occur in fewer than 1% of patients who take calcium channel blockers.5 Other reactions that are associated with this drug class include photosensitivity, petechiae, urticaria, pruritus, lymphadenopathy, and maculopapular eruptions.5

The key treatment of acute angioedema is removal of the inciting agent. Epinephrine, high-dose H1 blockers, and corticosteroids may also be used.2,4 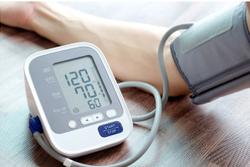