Attention deficit hyperactivity disorder (ADHD) symptoms strongly overlap with symptoms of depression in teens, and ADHD symptoms may have a stronger effect on the severity of depression in girls than in boys, according to a study published online in BMC Psychiatry.1

“Based on the findings from this study, both clinicians and researchers should be attentive to coexisting ADHD symptoms whenever an adolescent reports a high number of symptoms of depression on a scale like sMFQ. … [Y]outh themselves more often than not experience problems within the two domains simultaneously; restricting assessment and treatment to only one of the diagnostic categories may be misleading,” wrote first authors Astri Lundervold, PhD, of the University of Bergen (Bergen, Norway), and colleagues.

Symptoms of ADHD often co-occur with, and can intensify the severity of depression in adolescents. Common overlapping symptoms include restlessness, problems concentrating, and emotional dysregulation.

Traditional gender stereotypes may contribute to clinical bias: impulse control problems may be overlooked in a depressed girl, or depressive symptoms may be missed in a restless boy. While depression may seem to be more common in girls, and ADHD may be more obvious in boys, less is known about gender differences when the two disorders overlap.

The study included data from a survey of 9614 Norwegian teens aged 16-19 years in the county of Hordaland, Western Norway (53.5% female, mean age 16.95 years). Depression was self-reported using the official Norwegian version of the short Mood and Feelings Questionnaire (sMFQ). Participants with a score at or above 90th percentile were considered clinically depressed. ADHD symptoms were self-reported using the Norwegian version of the Adult ADHD Self-Report Scale (ASRS). Participants who reported six or more symptoms were considered to have a diagnosis of ADHD.

-- Significantly higher total scores for inattention and hyperactivity-impulsivity for girls than boys (both p<.001)

-- Much lower frequency of ADHD symptoms in nondepressed youth

âº Each ADHD symptom significantly contributed to the severity of depression (p<.001)

The authors highlighted restlessness as a particular challenge, both in the general adolescent population as well as among depressed youth. Restlessness has been linked to several somatic symptoms related to depression, including fatigue, anhedonia, and difficulty concentrating. While anhedonia is specific to depression, concentration difficulties are shared with ADHD, they mentioned.

“We thus confirmed that restlessness and cognitive function represent two of the main co-occurring ADHD symptoms in depressed adolescents,” they wrote.

Moreover, they emphasized that suicidal behavior and self-injury have been linked to co-occurrence of externalizing and internalizing behaviors, such as ADHD and depressive symptoms.

“The importance of such overlap, at least in females with a history of ADHD, should not be underestimated,” they stressed.

“Knowing that adolescence is an extremely vulnerable period for mental health problems, broad perspectives on assessment and intervention programs are called for… If left undetected, these problems are expected to lead to serious present and future problems.” They concluded, “The present findings suggest that screening instruments covering overlapping aspects of symptoms reflecting emotional and behavioral problems are necessary to obtain a better and earlier detection of the adolescents in need of help.”

âº Each ADHD symptom significantly contributed to the severity of depression.

âº Hyperactivity-Impulsivity had a stronger effect on depression than inattention in both genders.

âº Restlessness and cognitive problems are two of the main co-occurring ADHD symptoms in depressed teens.

âº Overlapping ADHD and depressive symptoms have implications for suicide prevention, especially in girls; screening tools that cover these overlapping symptoms may detect at risk teens.

The authors report no conflicts of interest. 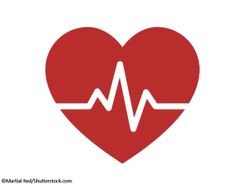