How much do you know about alcohol consumption in women? Quiz yourself with these 5 cases.

1. A 30-year-old customer service representative comes for a routine annual physical. She says customers become angry at her for no reason and she hates her job. To relieve stress, she often has ≥4 drinks over a few hours on Saturday nights with friends almost every weekend. You say she’s not alone, but you are worried that she may be developing an issue with binge drinking. About what percentage of US women engage in binge drinking at least once a month?

2. An 18-year-old college freshman comes for a checkup after her first semester. She says she is shocked by the amount of drinking on campus and often feels pressured to drink with her friends, but wonders if she’s drinking too much. What are the drinking limits for alcohol use disorder (AUD) in women?

Answer: C. ≤7 drinks per week. According to the National Institute on Alcohol Abuse and Alcoholism (NIAA), drinking >3 drinks on any single day or 7 drinks per week may put women at risk for AUD. For the same amount of alcohol consumed, blood alcohol levels tend to be higher in women vs men due to women’s lower average body weight. Alcohol-related health problems also tend to appear sooner in women.2

3. A 44-year-old attorney presents with difficulty sleeping. She says she drinks wine every night to unwind after a stressful day. She usually drinks at home alone and has recently started drinking more because the alcohol isn’t having the same effect. You suspect AUD. What are other symptoms of this condition?

Answer: D. A and B. The NIAA identifies the following as symptoms of AUD: Drinking more or longer than intended; unable to cut back or stop despite wanting to; drinking leads to dangerous situations (eg, while driving or swimming, having unsafe sex); drinking more to get the same effect; continued drinking despite feeling depressed, anxious, or another health problem; memory blackouts.3

NIAA symptoms of AUD (cont.): Spending too much time drinking; continued drinking despite problems with friends or family; drinking or its effects interfere with caring for home/family, or causes job or school problems; cut back on activities in order to drink; been arrested or had legal problems related to drinking; and withdrawal symptoms (eg, sleep problems, restlessness, nausea, sweating, racing heart, seizure, sensing things that are not there).3

4. A 55-year-old woman comes for an evaluation of a lump in her breast that she felt while showering. She has a history of heavy drinking (>3 whiskies per day for >10 years). You refer her for a diagnostic ultrasound and also evaluate for which of the following conditions?

Answer: D. All of the above. Women who drink at least 1 drink a day have a 5%-9% higher risk for breast cancer vs women who do not drink, which increases with each additional drink per day. Long-term heavy drinking is also associated with alcoholic hepatitis, liver cirrhosis, heart disease, and brain damage. Women often experience alcohol-related health problems earlier than men and may have a higher risk for alcohol-related heart disease than men.4

5. A 22-year-old women comes in for her first prenatal appointment. She says that she often drank 2 drinks per day before she found out that she was pregnant. She has been trying to cut back but to no avail. Which of the following is the woman and her baby at risk for?

Answer: A. Preterm labor. Alcohol consumption during pregnancy can increase the risk of preterm labor.4 Alcohol consumption can also harm the fetus and cause fetal alcohol spectrum disorders and fetal alcohol syndrome (FAS) which can cause growth problems, facial abnormalities, and a range of neurodevelopmental and brain disorders that can cause behavioral, educational, and social problems. Children born with FAS are at increased risk for mental health disorders including ADHD, depression, anxiety, impulse control disorders, and alcohol and other substance abuse disorders.5

Women have historically consumed less alcohol than men, but the gap has been narrowing in recent years. Studies find the rates of drinking any alcohol, binge drinking, and extreme binge drinking among women steadily increasing. For women, risks associated with excess alcohol intake include impact on reproductive health, in addition to the many other well-known deleterious health effects.Primary care physicians are often the first to screen for alcohol abuse so knowledge of signs, symptoms, and criteria used to assess drinking patterns is essential. As Alcohol Awareness Month (April) comes to a close, find out what you know specifically about alcohol consumption in women with these 5 questions on 5 likely clinical scenarios. 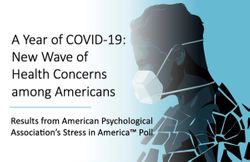