Alcoholism Is Associated with 51 Genetic Regions

BALTIMORE -- A genome-wide analysis has found 51 genetic regions that appear to be linked to alcoholism, including genes involved in cell signaling, gene regulation, and development, among other things.

BALTIMORE, Aug. 29 -- No one ever called alcoholism a simple disease. Now a genome-wide analysis has found 51 genetic regions that appear to be linked to it.

The alcoholism analysis -- the first involving a comprehensive scan of the human genome -- implicates genes involved in cell signaling, gene regulation, and development, among other things, according to George Uhl, M.D., Ph.D., of the National Institute on Drug Abuse (NIDA).

Some of the regions found by what's called association genome scanning had been previously linked to alcoholism and others are known to be related to other forms of addiction, Dr. Uhl and colleagues reported in the December issue of the American Journal of Medical Genetics, Part B.

The study "begins to herald the era of polygenic risk variation genetics, rather than disease causation," Dr. Uhl said.

Within the next few years, he predicted, testing for such risks will be "part of clinical practice, just as liver function tests are now."

Even before that, he said, association genome scanning might be used to help stratify volunteers in clinical trials of therapies for alcoholism or other addictions.

Dr. Uhl and colleagues performed the analysis using a new microchip that allows analysis of 104,268 single nucleotide polymorphisms (SNPs) at once. The raw material was DNA from 240 participants in the Collaborative Study on the Genetics of Alcoholism (COGA).

The sample is useful for the purpose, Dr. Uhl and colleagues reported, because it includes both people whose dependence on alcohol and others substances has been carefully validated, as well as unrelated controls who do not have any substance dependence.

The researchers created pools of 20 controls or alcohol-dependent people and analyzed their DNA four times. The results of control pools were compared with case pools, Dr. Uhl said.

While many of the SNPs were significantly different between cases and controls, Dr. Uhl said, the researchers discarded them unless they also occurred in clusters. In the end, 188 SNPs were found in 51 clusters, each containing at least three SNPs, although some contained more.

Many of the clusters were near genes that have known functions. For example, four of the SNPs are clustered near the gene for the angiotensin II type 1 receptor (AGTR1), the researchers found.

Also, many of the regions were already known to be linked to other addictions. For instance, four of the SNPs were found near the gene for cadherin 13, which has been linked to methamphetamine abuse.

The researchers noted that more study is needed: "While these data nominate interesting genes, it is only confirmation in multiple data sets in ongoing and future studies that will link each of them securely to addiction vulnerability," they said.

The study was sponsored by the National Institutes of Health and NIDA.

"Previous studies established that alcoholism runs in families, but this research has given us the most extensive catalogue yet of the genetic variations that may contribute to the hereditary nature of this disease," NIDA director Nora Volkow, M.D., said in a statement. 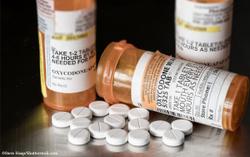