ROCHESTER, Minn., Aug. 8 -- Allergies and Parkinson's disease may start out by a common pathway.

An elevated inflammatory response in people with atopic allergic diseases, especially allergic rhinitis, may predispose them to Parkinson's disease later in life, suggested James H. Bower, M.D., of the Mayo Clinic, and colleagues, in the Aug. 8 issue of Neurology.

They compared 196 patients who developed Parkinson's disease over a 20-year period with age- and gender-matched controls, and found that those with what they labeled as immediate-type hypersensitivity (allergies) had a nearly twofold risk for developing Parkinson's overall, the investigators.

Patients with allergic rhinitis had a threefold risk for Parkinson's. In contrast, people who reported regular used of anti-inflammatory drugs, especially ibuprofen, had a significantly lower risk for the disease, pointing to inflammatory processes as a possible cause.

That hypothesis is supported by evidence from other studies of increased microglia and levels of cytokines in the brains of people with Parkinson's, and from other cohort studies suggesting that non-steroidal anti-inflammatory drugs, particularly ibuprofen, are protective against the disease, the authors noted.

The investigators conducted a retrospective case-control study of 196 patients who developed Parkinson's from 1976 through 1995 in Olmsted County, Minn. Controls selected from the general population were matched to cases by age and gender.

A nurse reviewed medical records for information about immediate-type hypersensitivity -- asthma, allergic rhinitis, hay fever -- plus four other common immunologic conditions: pernicious anemia, vitiligo, systemic lupus erythematosus, and rheumatoid arthritis. The investigators did a separate data run to extract information about drug use, defining exposure as daily use of a given substance for more than six months before the onset of Parkinson's disease, or the index year of onset.

The investigators found that patients with Parkinson's were significantly more likely to also have an allergic rhinitis, asthma, and/or hay fever (odds ratio 1.8; 95% confidence interval, 1.1 to 3.1, P=0.02). There were stronger but non-significant associations between the presence of allergic diseases in women with Parkinson's and in both men and women with early-onset disease.

When the allergic diseases were considered separately, however, only allergic rhinitis remained a significant predictor for Parkinson's (odds ratio 2.9, 95% CI, 1.3-6.4, P= 0.01).

There were no significant associations between Parkinson's diseases and any of the other immunologic conditions.

When the authors looked at drug use, they found that cases used anti-inflammatories (other than aspirin) less frequently than controls, although this difference was not significant. Aspirin use was not significantly associated with Parkinson's disease.

"Although there is currently no definitive evidence that antibodies against the human brain play a role in the etiology of Parkinson's, we hypothesize that because patients with diseases of immediate-type hypersensitivity are genetically predisposed to initiate a humoral response to low levels of antigens, they are also predisposed to initiate other inflammatory responses," the authors wrote.

Dr. Bower said that there's no feed for alarm among patients with allergic rhinitis, however.

"I wouldn't worry if you have allergies," he said. "Treat the allergy symptoms you have to alleviate them at the time. [But] at this point, we have no good evidence that this treatment will protect you from possibly developing Parkinson's disease later."

The authors acknowledged that their study was limited in its conclusion by the population sample size, the possibility of unmasking during data abstraction, possible misclassification of exposures to anti-inflammatories, and by the possibility that patients with immunologic disease were followed more closely than others, which could lead to earlier diagnosis or more frequent diagnosis of Parkinson's disease. 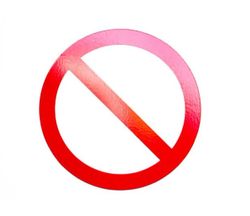 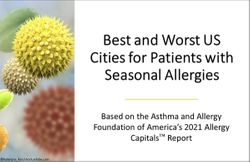