Among Never-smokers, Black Women at Highest Risk for COPD

Results of a new study suggest that racial inequalities in COPD, especially in women, may be shaped by socioeconomic factors.

Black women who have never smoked have the highest risk of COPD compared to other never-smokers, according to a study published online on December 6, 2016 in the International Journal of Chronic Diseases.1

Statistical analyses suggested that socioeconomic factors, which past studies may have overlooked, may be involved.

“Our study finding that socioeconomic factors may be crucial in shaping racial inequalities in COPD, among women in particular, is consistent with knowledge that black women in the US are more likely to live in poverty than white women and, thus, face increased exposure to toxins, such as secondhand smoke and air pollution,” wrote first author Esme Fuller-Thomson, PhD, of the University of Toronto (Toronto, ON, Canada).

The results area intriguing because black women have the lowest rates of smoking. While smoking represents one of the most important risk factors for COPD, over half of cases may be due to other causes.

Research has already shown that women have a higher prevalence of COPD than men. Smoking rates peaked in women after men, so women may also be experiencing a later peak in smoking-related diseases.

Biology may also be involved. Smaller lung size in women vs men may cause cigarette smoke to become more concentrated in women’s lungs. Women may also have increased bronchial responsiveness, causing particles to deposit more deeply into their lungs. Sex differences in cigarette metabolism as well as hormonal and genetic factors may also be involved.

However, socioeconomic factors need to be considered. Low income and poverty increase exposure to second hand smoke and air pollution, and women are more likely to live below the poverty line. Black women, in particular, are disproportionately exposed to second hand smoke, according to background information in the article.

The analysis adjusted for age, height (a proxy for lung size), socioeconomic position, health insurance coverage, and number of household members and marital status (a proxy of living with a smoker).

âº Significantly higher odds of COPD among women vs men:

The authors pointed out that alpha-1 antitrypsin deficiency, which increases the risk for COPD, is more prevalent among white men than black men, and may play a role in the results suggesting white men have higher odds of COPD than black men.

But that does not explain why black women have the highest COPD risk of all. Socioeconomic position, however, may be contribute to sex/gender and racial inequalities in COPD, the authors suggested.

“While biological factors, such as sex, may be critical for understanding COPD prevalence among nonsmokers, our research suggests that structural factors-gender, race, and socioeconomic position-may also be important to consider, not only in research but also in policy development,” they concluded.

Limitations include self-reported COPD diagnosis. Some studies have suggested that blacks may under-report COPD more than whites, although the prevalence in this study was similar to other studies in nonsmokers. Also, the results were not adjusted for asthma. Blacks have a higher prevalence of asthma, which may be linked to COPD, though the causal role is unclear. Finally, the study did not include a detailed history of second hand smoke and air pollutant exposure, like current or past occupations, and living with a smoker, in a multiunit dwelling, or near a highway. Many of these factors may be different in women vs men.

The authors report no conflicts of interest

ACP Guidance on Antibiotic Use: 4 Conditions Ideal for Short-course Treatment 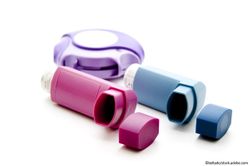 COPD Outcomes Improve with Triple Therapy, Regardless of Exacerbation History