The “annual physical” is archaic. But losing the art of physical exam also harms patients and costs us all a lot of money.

“Around 45 million Americans are likely to have a routine physical this year. . . . Most think of it as the human equivalent of a 15,000-mile checkup and fluid change, which can uncover hidden problems and ensure longer engine life. In 2012, the Cochrane Collaboration, analyzed 14 randomized controlled trials with over 182,000 people followed for a median of 9 years that sought to evaluate the benefits of routine, general . . . checkups. . . . studies of annual health exams dating from 1963 to 1999 show that the annual physicals did not reduce mortality overall or for specific causes of death from cancer or heart disease. And the checkups consume billions, although no one is sure exactly how many billions because of the challenge of measuring the additional screenings and follow-up tests. My New Year’s resolution does not mean I won’t get my annual flu shot or a colonoscopy every 10 years-or eat a balanced diet and get regular exercise. These are proven to reduce morbidity and mortality. . . . My medical routine won’t include an annual exam.”1

I agree wholeheartedly,2,3 and I compliment Dr Emanuel on a number of salient points. Specifically:

1. He does not base his conclusion on “feelings,” but rather on evidence-based medicine. The number of people studied over a lengthy period in the Cochrane Database Review is substantive clinical science.

2. He said he was not going to have his yearly physical. He did not say he was foregoing evidence-based screening and therapy (eg, colonoscopy and flu shot).

3. He is committed to a healthy lifestyle.

How many clinicians can diagnose aortic stenosis without an echo? How many can use an ophthalmoscope? I examined a woman recently with a 20+ year history of an “innocent murmur” who had aortic stenosis with a 50 mm Hg gradient. Her murmur was not so innocent after all.

I see the “controversy” from a slightly different perspective. Could it be that the effectiveness of the “yearly physical” waned when the physical examination itself became a relic? How many clinicians can diagnose aortic stenosis without an echo? How many can use an ophthalmoscope? I examined a woman recently with a 20+ year history of an “innocent murmur” who had aortic stenosis with a 50 mm Hg gradient. Her murmur was not so innocent after all.

A caveat: not lauding the annual physical is not the same as saying the skill of physical examination is passe and that a careful examination is not efficient and a potential cost-saver in the right contexts.

In an evidence-based study, 442 consecutive patients were admitted from the ED to an academic hospital over 53 days.2,4 A senior resident with 4 years of clinical experience (who spent an average of about 40 minutes per patient) and hospital physicians with at least 20 years of experience (who expended usually less than 25 minutes per patient) examined these patients and their records. The resident was correct in his or her diagnosis 80.1% of the time, the senior physicians 84.4%. The investigators then determined which modalities were most valuable in reaching a correct diagnosis. They were as follows for the senior resident and hospital physicians, respectively:

The authors’ conclusion? “We found that more than 80% of newly admitted internal medicine patients2 could be correctly diagnosed on admission and that basic clinical skills remain a powerful tool, sufficient for achieving an accurate diagnosis in most cases.”2,4

Let’s consider peripheral neuropathy-a straightforward disease seen in primary care-often detected by a thorough physical exam. Callaghan and coworkers5 used the 1996-2007 Health and Retirement Study Medicare Claims–linked database to identify individuals with peripheral neuropathy (N=12,673). The authors observed that the prevalence of this disease is between 2% and 7% of the general population, but it can be as high as 15% among those older than 40 years. Workup after diagnosis of peripheral neuropathy (frequently not made successfully by suboptimal physical examinations) is guideline-based: make sure the patient does not have diabetes, look for vitamin B12 deficiency (which may necessitate a methylmalonic acid level), and get a serum protein electrophoresis.6

You already guessed the consequence: costs for this plethora of unnecessary tests have increased Medicare expenditures. I cannot say it better than the editorialist for Callaghan et al’s paper, “A careful history and examination take time, a disappearing commodity in primary care and cognitive-based specialties. . . . It seems the threshold for MRI is often the mere presence of a primary neurologic symptom. . . . Thus the MRI is increasingly viewed as a ‘routine’ test.”7

I agree that the “annual physical” is archaic. But losing the art of physical examination also harms patients and costs us all a lot of money.

Yes, I agree that the “annual physical” is archaic. But losing the art of physical examination also harms patients and costs us all a lot of money. It has been replaced by echocardiograms and MRIs. When we throw away the “bath water” (the annual physical), let’s be sure we save the precious “baby” (the art of a good history and physical examination)! 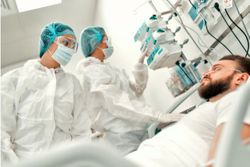 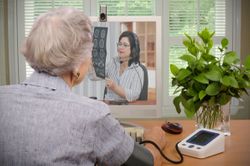 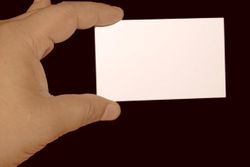