SAN FRANCISCO -- Women under age 35 who suffer migraine with aura should consider avoiding oral hormonal contraception because of their elevated risk of a stroke, a Canadian team suggested.

SAN FRANCISCO, Feb. 12 -- Women under age 35 who suffer migraine with aura should consider avoiding oral hormonal contraception because of their elevated risk of a stroke.

So concluded Dulka Manawadu, M.B., of the University of Alberta in Edmonton, and colleagues, after conducted a risk analysis based on a literature review.

Aura, the neurological symptoms that precede other migraine symptoms among about one-third of migraine patients, is associated with an elevated stroke risk as is oral contraception.

"Uncertainty exists as to the best advice for females under the age of 35 with migraine plus aura regarding use of the oral contraceptive pill," they said.

In the literature review, they found that women with migraine plus aura are at elevated stroke risk when on oral hormonal contraception (30 versus 19 per 100,000 annually), a risk that is especially high for women who smoke (102 on-pill versus 44 off-pill per 100,000 annually).

So the researchers then performed a cost-effectiveness-style analysis that allows comparisons of health outcomes. In the utility analysis, a utility of 0 represents immediate death whereas a utility of 1 represents a perfect state of health.

The analysis was done for a hypothetical patient younger than 35 who was already taking oral contraception but suffered from migraine with aura. The results supported:

The researchers noted that there are no published utility data for unwanted pregnancy, so they assumed a value corresponding to perfect health. If the true utility is 0.99 or less, then the results actually favor continuing oral contraceptives for smokers and nonsmokers, they said.

"If unwanted pregnancy is considered to be even a mildly undesirable state of health then the decision analysis supports continuation of the oral contraceptive pill," they added.

However, physicians should treat other stroke risk factors such as helping women quit smoking before they start weighing the switch to other contraceptive methods, said Harold Adams, M.D., of the University of Iowa, in Iowa City, who commented on the study.

Then, physicians should discuss with these women how they rank the importance of not becoming pregnant, he said.

He cautioned that this study is likely not the final word and that further study will be needed, particularly in evaluating whether the stroke risk is lower for modern, lower dose estrogen contraceptive pills. 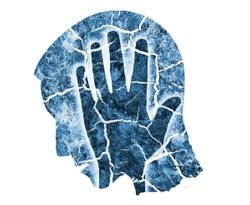