Assessing the Risk for Abuse of Prescription Opioids

The Screener and Opioid Assessment for Patients with Pain-Revised and Current Opioid Misuse Measure are used to assess the risk of abuse of opioid analgesics.

In my last post-on the risk evaluation and management program (REMS) for extended-release/long-acting opioids-I  noted that it "strongly encouraged" health care professionals to use screening instruments to assess the risk for abuse of these drugs by the patients for whom prescription of them is being considered. Here I will discuss several specific screening instruments and the pros and cons of their use.

Questionnaires
There are a number of these tools available but probably the two most commonly used are the Screener and Opioid Assessment for Patients with Pain-Revised (SOAPP-R) and the Current Opioid Misuse Measure (COMM).1 Both of these are brief, self-administered questionnaires. The SOAPP-R is designed to help identify patients at risk for abusing drugs before the initiation of treatment, while the COMM is used to determine whether patients who are already taking opioids are abusing them.

Although each instrument serves a different purpose, there is some overlap between the questions they ask. Primarily the questions concern behaviors and the presence of environmental factors that may predispose to medication abuse.

There is no harm in using these instruments and their ease of administration makes them useful for busy practices. I do have concerns, however, about how the results may be interpreted.

My first and most important reservation is that their benefits may be overstated. Low scores on either instrument, indicating low potential risk for prescription opioid abuse, may lull some health care professionals into a false sense of security. The questions on both the SOAPP-R and COMM (and also on other instruments for screening for drug abuse) are straightforward, and I believe that people whose goal is to obtain drugs will be able to figure out what answers will reduce or enhance the likelihood of obtaining them. This is especially a concern if they have answered these or similar questions before and have seen how their responses affect a potential prescriber.

The other major concern I have with interpreting the results of these questionnaires is that both the SOAPP-R and COMM-and virtually all the other instruments that are used to screen for the risk of opioid abuse-rely on a patient’s report of past behavior and particularly on reports of behavior that indicate actual, or the potential for, substance abuse. It doesn’t take a medical degree to realize that someone who is currently abusing or has previously abused drugs is at a markedly greater risk for future abuse of the same or other drugs than those without any such history.

What we don’t have, and what is really needed, is an instrument that helps us look forward with greater clarity, rather than looking solely at the past. We know that there are patients who have no history of substance abuse or any other apparent risk factors for abuse who are given opioids for legitimate pain complaints and end up misusing the drugs. It may be that there are no predictive factors for this and that we should continue, as we should be doing now, to view every patient taking or preparing to take opioids as being at risk for abusing them.

Physical evidence
Another modality that can be used for initial screening and is also recommended for following patients during treatment with opioids is urine drug screening (UDS). Initial UDS results provide information on what drugs patients are taking at the time the screen is performed. Thus, the test can help determine whether a patient is using illicit drugs or is already taking prescription opioids received from other sources. During ongoing treatment, UDS will reveal whether a patient is taking the medications that are being prescribed for him or her or whether he or she might be diverting them.

Although the use of UDS has been growing, there is as yet no research to substantiate that it reduces substance abuse among patients with pain being treated with opioids.

UDS has a number of limitations. The most important drawback is that the results don't provide information on the amount of a drug a patient is using. This isn't an issue if you want to determine whether someone is using illicit drugs or is taking different types of prescription medications received from other sources of which you are unaware. However, there is no way of telling from this test if a patient is taking only some of the medication you prescribe and possibly diverting the rest or obtaining the same opioid from other sources. From my experience, patients who are receiving opioid medications from multiple sources are usually receiving the same medication from all of them. The UDS wouldn’t provide any useful information unless the patient is taking no medication at all.

The other major problem with UDS is that most physicians' offices are not set up to properly administer the test. A couple of years ago, I was having blood drawn for routine testing at a facility that performed drug screening for employers. Out of curiosity, I inquired about the specific procedure they followed.

It required that the persons being tested remove any jacket or coat and remove everything from their pockets. An employee escorted them to the restroom, access to which was restricted to employees and those being tested. The employee waited outside until the urine sample was provided. Thus, no one could take the test for the patients or slip a urine sample to them.

Let’s be realistic: who has the staff to monitor the validity of the samples? The primary reason for doing UDS is out of concern that patients might be deceiving you. Therefore, it is quite logical that you might also think that some may attempt to falsify the UDS unless careful monitoring of the testing process is provided.

Dialogue above all
Most important to remember, however, is that even if you do use screening instruments to assess and monitor your patients who take opioids, these are not a substitute for talking with your patients. The best way to determine whether drugs are being misused is to discern through conversation and questioning what type of effect they may be having.

The goal of any treatment for chronic pain is not only to reduce pain levels but also, more importantly, to optimize the level of functioning. If you and your patient agree that a specific treatment is not reducing pain and improving function, consider discontinuing it. This is especially true of long-term opioid therapy, because it has been shown to cause drug-induced hyperalgesia.

Can or will patients lie about their ability to function in order to continue receiving an opioid prescription? Of course. But if your questioning is approached correctly, it will be difficult for most patients to succeed in deceiving you. General inquiry into a patient’s well-being is not enough. You will want detail about activities, about changes in physical ability, and much more. This is not that easy to fabricate.

Finally, if patients are doing well, it is appropriate to consider reducing the dose of the medications with discontinuation as the eventual goal. I assure my patients that if pain and disability worsen when we begin to taper medication, we can return to the previous dosage. I also tell them that there is no other way to determine whether the medication is still required. In the rare situation in which patients have refused to even consider this, it has elevated my level of concern about the possibility of abuse.

References:
1. Copies of and further information on the SOAPP-R and COMM can be accessed at www.painedu.org. 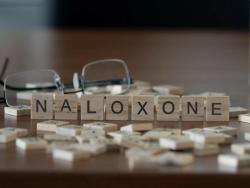