Avoid the Colonoscopic Mulligan: How to Ensure an Optimal Cleanse

An update for primary care from ACG 2015 on the evolving recipe for the "ideal prep.”

The ability to perform a thorough colonoscopy hinges on the adequacy of colon cleansing. In fact, nearly one-third of all incomplete procedures are a result of inadequate preparation. Bowel preps are often ordered by the specialist who will perform the procedure but are also ordered and explained to patients by providers in primary care. The recipe for the “ideal prep” continues to evolve in the quest for the optimal cleanse. What is the current state of the art? Issues related to the timing of the prep, dietary restrictions prior to the procedure, and which agents work best in specific patients were addressed by David Greenwald MD, in a talk entitled: What is the best prep and how do I assess the adequacy of the prep? at on Saturday, October 17th at the 2015 American College of Gastroenterology Scientific Session.

With respect to timing, evidence supports the use of colonic preps close to the actual colonoscopy procedure. The time duration between the end of the prep and the colonoscopy inversely correlates with right colonic cleansing. Split dosing, where the patient takes half the prep the night before and half the prep the morning of the procedure, has been shown to improve prep quality and should be the standard of care. The second dose of the split-dosing regimen should be started 4 to 6 hours prior to the procedure with completion at least 2 hours prior to avoid possible aspiration during sedation. If the patient is unable to preform a split dosing regimen, a same-day regimen is acceptable, particularly when the procedure is in the afternoon. These recommendations are endorsed by the United States Multi-Society Task Force on Colorectal Cancer (USMSTF).

The day before the procedure, it is generally recommended that the patient consume a clear-liquid or low-residue diet.

The compounds used to cleanse the colon fall into 3 categories based on mechanism of action: isosmotic, hypo-osmotic, and hyperosmotic. Polyethylene glycol (PEG) is the quintessential isosmotic solution that causes neither absorption nor secretion of colonic fluid.  PEG solutions do not lead to electrolyte or volume shifts and are ideal for patients with chronic kidney disease, cirrhosis with ascites, or congestive heart failure. The total dose is usually 4L and thus is a high volume preparation.

Hyposomotic agents include PEG-3350 (Miralax) combined with a sports drink (a 2L solution) such as Gatorade. While there is an increasing trend to use this combination in practice, these solutions are not FDA approved and can rarely cause hyponatremia.

Hyperosmotic preps (sodium sulfate or phosphate, magnesium citrate) pull water into the bowel lumen. Magnesium citrate is not FDA approved and can cause toxicity in patients with renal failure (as can sodium phosphate preparations).

Adjunctive agents such as stimulant laxatives (eg, bisacodyl) or metoclopramide are not recommended. In fact, metoclopramide does not alter colonic motility and should be avoided.

The optimum solution should be based on safety (taking into account patient  comorbidities); tolerability (low volume vs high volume); efficacy;  and cost (which can be highly variable and dictated by insurance coverage).

Regardless of which agent is used, discussing with the patient how the prep should be taken is paramount. By fully explaining the rationale behind timing recommendations and dietary restrictions, primary care physicians can help prevent poor colonoscopy prep and the need for the dreaded repeat procedure which is costly in terms of everyone’s time as well as expense.

Greenwald D. What is the best prep and how do I assess the adequacy of the prep? Presented at: 2015 American College of Gastroenterology Scientific Session; Saturday October 17, 2015; Honolulu, Hawaii. 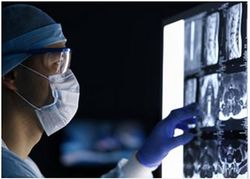 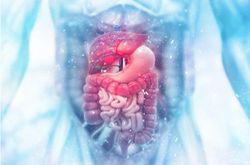 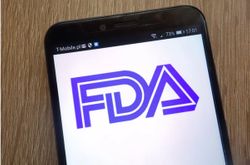