The International Association for the Study of Pain recently released a statement on the strength of current research on cannabis and cannabinoid use in pain management. What did they find?

Virtually every state that has legalized medical marijuana and other cannabis products has included chronic pain as one of the problems for which these can be prescribed. However, questions remain regarding the strength of the evidence supporting the use of these products for the management of pain.

To determine the extent and quality of such evidence, the International Association for the Study of Pain (IASP)—the leading international pain organization for health care professionals—established a presidential task force to review the evidence and make recommendations on the use of cannabis and cannabinoids for the management of pain. The IASP Presidential Task Force on Cannabis and Cannabinoid Analgesia reviewed existing preclinical and clinical research, and released a position statement on March 16, 2021, in the journal Pain.

In the slides below, find details on what the task force concluded.

Preclinical Research. The systemic review examined 171 different cannabinoids, cannabis-based medicines, and endocannabinoid system modulators that were tested for “antinociceptive efficacy” in rodent models of injury-related or pathological persistent pain. Several of the substances tested appeared to have antinociceptive efficacy in neuropathic pain models, but efficacy was less clear in inflammatory pain models.

Preclinical Research. Although the task force concluded that this research supports the hypothesis of cannabinoid-induced analgesia, the difficulty in determining the risk of bias in the studies made it hard to draw conclusions regarding the validity of the results. The task force also noted that as very few of the preparations tested have also been tested in humans, it could not determine whether the results in rodents apply to humans.

Clinical Research. The task force found a number of systematic reviews that it considered to be of either critically low or low quality. A new systematic review and meta-analysis was conducted and used the highest established quality standards.1

Clinical Research. The review included 36 randomized controlled trials of the highest established quality standards, which involved 7217 participants. The trials mostly involved nabiximols (a cannabis-based medication), synthetic delta-9-THC (a cannabinoid), or cannabis. All trials were judged to be of unclear or high risk of bias and the resulting evidence was low or very low-quality for cannabis, cannabinoids, and cannabis-based medications for all types of pain studied.

Clinical Research. Based on this review, the task force could not identify any moderate or high-quality evidence to support the use of cannabis products. The review also noted the lack of studies on the use of these products for children and older adults.

Concerns about the Use of Cannabis, Cannabinoids. The task force noted that the research included in the position statement indicated more adverse events among subjects using cannabis or cannabis-based medications than among non-users. Although most of the adverse events were non-life threatening (eg, dizziness, fatigue), the task force found little research on long-term risks associated with the use of these products among patients with chronic pain.

Concerns about the Use of Cannabis, Cannabinoids. The task force also expressed numerous other concerns regarding the use of cannabis, cannabinoid products. There are societal issues regarding their use including:

Concerns about the Use of Cannabis, Cannabinoids. The task force also noted the following concerns regarding the use of cannabis and cannabinoids for the management of pain:

• There are limited regulatory safeguards over the manufacturing of these products and little research on proper dosing or on determining which products might be beneficial for which types of pain.
• Legalization of these products for the treatment of pain will inhibit research as there is little incentive for manufacturers to fund inquiry if the products are already on the market and quality research was not required.

Conclusion. In the position statement, the task force concluded that due to the lack of high-quality research supporting the use of cannabis/cannabinoids for the management of pain, it could not recommend their current use for this purpose. The IASP task force did not rule out their potential benefit, but stated that this must be determined by further preclinical research that provides a clear understanding of how these products exert their effects and, of greatest importance, high quality clinical research. 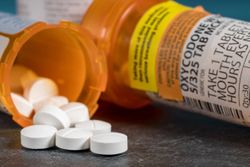