Celiac Disease: More Prominent in Women, Underdiagnosed in Kids, and other Epidemiologic Trends

Studies of celiac disease at DDW 2018 found low rates of non-celiac gluten sensitivity, lower detection in women vs men, and that the pediatric poulation is underdiagnosed.

Non-Celiac Gluten Sensitivity: Just How Prevalent? Non-celiac gluten sensitivity (NCGS) was defined as a clinical condition in 2011 and is increasing worldwide with a prevalence of 0.5% to 13%.

Italian Community Study: Low Prevalence of NCGS. Conclusions: This study confirmed low prevalence of NCGS although it may be even lower in general population and there was an overlap between functional GI syndromes and food intolerance; it remains unclear how IBS is distinct from self-reported wheat insensitivity.

Gender-based differences in screened populations in celiac disease: a systematic review and meta-analysis.

Are Women More Likely to go Undiagnosed for CD? Authors aimed to determine if the gender differences in diagnosed celiac diseas extends to undiagnosed individuals. This systemic review and meta-analysis looked at 88 studies and nearly 300 000 individuals including those without past diagnosis of CD, who had autoantibody screening and serology and/or biopsy.

The rise in incidence of CD has stopped despite increasing application of CD serology testing: a population-based study.

Community Study of Trends in CD Diagnosis. This cross-sectional community substudy assessed patients tested for CD from 1998 to 2015 and evaluated tTGA IgA, tTGA IgG, and histology.

Incidence of CD has Halted Despite Increased Testing. Conclusions: Yield of CD testing in capturing undiagnosed CD decreased, suggesting some indications for CD testing should be re-considered; however, it is still important for PCPs to test for CD, especially in children and those with positive family history.

ASK Study: Celiac and T1D Screening in Kids. The initial symptoms screened for T1D included islet autoantibodies and for CD included tTGA-IgA and RBA for IgA, IgG, and IgM. A positive screen was followed by a confirmatory blood draw and a detailed symptoms questionnaire. 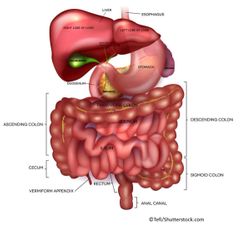