The compound -- 27-hydroxycholesterol, or 27HC -- competes for the same receptors as estrogen in the vascular system, according to David Mangelsdorf, Ph.D., of the University of Texas Southwestern Medical Center in Dallas.

When there's too much 27HC compared to estrogen levels -- after menopause, for instance -- blood vessels no longer get the protective effect of estrogen and become stiffer and less able to repair themselves, Dr. Mangelsdorf and colleagues said online in Nature Medicine.

"This model may help explain why women are better protected than men from cardiovascular disease until they reach menopause," Dr. Mangelsdorf said.

The finding, based on laboratory and animal experiments, may also help explain why hormone replacement therapy in the landmark Women's Health Initiative appeared to increase the risk of heart disease, the researchers suggested.

"By the time they started taking estrogen again, the damage caused by 27HC binding to the estrogen receptors in the cardiovascular system may already have occurred," he said, adding "once you lose estrogen's protection for such an extended period of time, you can't get it back."

27HC is what is known as an oxysterol, a class of metabolites of cholesterol that are produced in peripheral tissues as a means to eliminate cholesterol itself, Dr. Mangelsdorf and colleagues noted.

In vitro experiments showed that 27HC binds to both estrogen receptor alpha and beta, the researchers said.

Subsequent tests showed that mice fed a high-cholesterol, high-fat diet had significantly increased (at P<0.05) amounts of 27HC in aortic tissue and circulating in the blood compared with animals fed a normal diet.

One effect of the compound was to inhibit the generation of nitric oxide by inducible and endothelial nitric oxide synthases -- normally prompted by estradial binding to the estrogen receptors and leading to smooth muscle relaxation in blood vessels, endothelial cell migration and growth, and a lack of thrombosis, leukocyte adhesion, and vascular smooth muscle cell proliferation.

The effect of 27HC on nitric oxide production in rat aorta cells was comparable to that caused by tamoxifen, which is a known anti-estrogen, the researchers said.

In living animals with elevated levels of 27HC, the same effect was seen, whether the high levels were generated by administering the compound for seven days or from hypercholesteremia caused by a high-cholesterol, high-fat diet.

Estrogen also protects the vasculature by promoting repair, the researchers noted. To test the effects of 27HC on this repair process, Dr. Mangelsdorf and colleagues removed the ovaries from wild-type mice and implanted either an estradial or vehicle pellet.

After three weeks, the researchers caused an injury to blood vessels and five days later measured the extent of the loss of endothelium on the intimal surface. Animals that had been given the estradial pellet had significantly more repaired surface (at P<0.05).

But in a similar experiment, in mice lacking a gene that leads to metabolic clearance of 27HC, the estradial did not have the same benefit because of the relatively higher levels of the 27HC, the researchers found.

Interestingly, Dr. Mangelsdorf said, 27HC also binds to estrogen receptors in other tissues -- including reproductive tissues -- but does not have similar damaging effects.

"This molecule is remarkable in its selectivity for the vasculature," Dr. Mangelsdorf said, noting that this property makes 27HC the first known selective estrogen receptor modulator -- or SERM -- to occur naturally in the body. 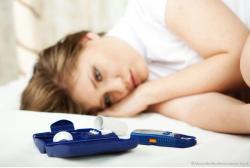