Here: the story of how cocaine was discovered by the Europeans and Americans, how it affected two giants of medicine-and how it played a key role in Detroit's economy and in the formation of what was once one of the world's biggest pharmaceutical companies.

My story about Detroit starts millennia ago with the natives of the Andes Mountains of Peru who were in the habit of chewing the fresh leaves of the coca tree (Erythroxylum coca)-a shrub that can grow up to 10 feet fall. The chewed leaves provided a euphoric effect, which rendered the users untroubled by hunger or fatigue as they performed their arduous chores. The Spanish conquistadores pillaged, raped, and plundered their way through in the 16th and 17th centuries, pausing only to infect the natives with smallpox and diphtheria as well as enslaving them to work the gold and silver mines. These conquerors did not approve of the coca habit and thought it was a sin. Eventually some of the Spanish did try some of the coca and were soon were sinning.

We now fast forward to 1799 and a German scientist/traveler who proceeded to the Andes to collect plants and learn about the habit of chewing coca leaves. He returned to Europe in 1803 and brought some back. The problem was that transportation was slow . . . there were many rain forests to traverse, and much of the material rotted.

It took until 1857 before another German chemist, Friedrich Whler, contacted Karl von Scherzer, a government-appointed traveler, to return to the Andes and bring back a large supply of the leaves. von Scherzer succeeded in bringing about 30 pounds of the leaves back to Europe in a carefully preserved trunk.

At this point, things move quickly.

Whler did what every good academic does today. He assigned a young, bright, promising graduate student named Albert Niemann to isolate the coca alkaloid he believe was the euphoria-inducing agent. Niemann worked hard, isolated the active coca extract, and published a paper on the entire process, which earned him his PhD. He died shortly thereafter. (Sadly, he published and perished.)

By 1860, a few thrill-seeking Europeans had discovered coca, but found chewing the leaves a bit disgusting. Soon, however, a liquid cocaine preparation became available. The abstract was not the purest pharmaceutical grade cocaine, but it was good enough for 150 years ago.

An entrepreneurial Corsican-born French chemist named Angelo Mariani had done some testing and observed that he could lace Bordeaux wine with a cocaine extract. He called his mixture “Vin Mariani,” or cocawine. In addition to being a good chemist, Mariani was a marketing marvel. He gave “samples” of Vin Mariani to a local ENT specialist and suggested the physician try it on patients with throat pain. Mariani received a medal of appreciation from Pope Leo XIII for his efforts. Soon his sales soared and Vin Marini became a huge commercial success. Little wonder . . . each ounce of wine contained 7.2 mg of cocaine.

To the USA
Now our story travels to the USA. In 1866, a hardware merchant named Harvey C. Parke and a physician and medical chemist named Samuel P. Duffield together started a chemical company in Detroit. One of their products was an herbal abstract of foxglove, called digitalis. It was a potent drug for congestive heart failure and became widely used. (Foxglove was “discovered” by a British physician; the locals had told him about the use of foxglove for dropsy, the old English phrase for heart failure.)

One year later, George S. Davis, an excellent salesman, joined the firm and the Parke-Davis and Company firm was born. The firm came to be a major employer in Detroit before the auto industry blossomed after WWI.

By 1884, Parke-Davis began to produce pharmaceutical-grade cocaine to meet the ever-expanding demand for the product. A bit later, Henry Hurd Rusby, a physician and botanist, was invited to visit George Davis at Parke-Davis. Just a month earlier, Rusby had graduated from New York University Medical School. It was a fortuitous meeting. Davis invited Rusby to travel to Bolivia and secure a large supply of coca leaves.

Rusby did so, and collected over 200,000 pounds of coca leaves. Most spoiled on the long, slow trip back to Detroit. But Rusby justified his salary and more. He recommended that the crude but stable abstract of the coca leaves be extracted on site. Evidentally, he was the first to figure this out. The concentrate could then be safely shipped to Detroit.

Within a fairly brief period, Parke-Davis became the world’s largest supplier of pharmaceutical-grade cocaine. There soon was a worldwide market for the drug, demand for which grew and grew.
Parke-Davis worked hard to encourage physicians to try its cocaine product on suffering patients. Essentially, sales representatives for the company were the first detail men.

Advertisements were soon produced, aimed at both physicians and laymen. Those ads suggested that cocaine would benefit those suffering from back pain, colic, hysteria, muscle aches, nervous disposition, and dental and nasal surgery. No prescription was necessary in those days before the FDA.

At the same time, George Davis edited and published several medical journals-including Therapeutic Gazette, which coincidentally was read by Sigmund Freud. This giant of early psychiatry would become addicted to cocaine himself after his experiments with the drug on his own patients-and himself.

Another major medical giant of the day was William S. Halsted, MD, who became addicted to cocaine during his own experimentation with the drug. Yet Halsted went on to improve medicine. After his addiction became obvious and was damaging his work ethic, his friend, Dr William Welch, invited him to come down to the just-organized Johns Hopkins Medical School. Halsted studied and went on to improve surgical intervention for women with breast cancer. Until Halsted, there were almost no 3-year survivors of breast cancer surgery because of the late stage at which such operations were performed in those days, when there was a social taboo against breast surgery. Although Halsted was very productive as the chief of surgery at Johns Hopkins Hospital, it was learned after his death that he was a morphine addict. (He had kicked the cocaine addiction, only to become a morphine addict.) He had come full circle.

The scientists at Parke-Davis subsequently discovered and produced Lopid (gemfibrozil), an early lipid-modifying drug that was widely used until it was replaced by more potent statin drugs. After lovastatin was released, Parke-Davis developed atorvastatin (Lipitor), which became the most widely prescribed drug in the world at the time. Lipitor was and still is an excellent drug. Its price was $300 for a 90-day supply until about a year ago, when it went generic. That version is now about $.10 a pill. Some supermarkets in my neighborhood in upstate New York offer a 90-day supply free if you bring in a new prescription from a physician.

As for modern-day Detroit . . . the city has seen increasing drug use, street violence, high levels of single families, and poverty. The cost associated with a major city for services including police and firemen has risen in recent years. At the same time, the city’s income has declined because of flight to the suburbs. The combination of these and other factors has resulted in many fewer jobs, declining total population, and local inability of a popular mayor to reverse the decline. Detroit is currently contemplating bankruptcy.

And Parke-Davis is now part of Pfizer-the same company that created the first large-scale production of penicillin in WWII.1 Pfizer is busy looking for ways to treat Alzheimer disease. 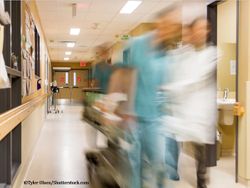