STATE COLLEGE, Pa. -- Use it or lose it applies to the brain, according to a study of nearly 3,000 persons of Medicare-age living independently in the community.

STATE COLLEGE, Pa., Dec. 19 -- Use it or lose it applies to the brain, according to a study of more than 2,000 persons of Medicare-age living independently in the community.

Mental exercise for high-functioning seniors slowed the expected decline in their thinking ability even five years after a brief intervention, researchers here reported.

However, the effect of cognitive training on functional skills-the ability to handle everyday tasks-was less clear and less compelling, according to a report in the Dec. 20 issue of the Journal of the American Medical Association.

The controlled single-blind trial recruited 2,832 adults in six U.S. cities (mean age, 73.6; 26% black) who lived independently and had normal cognitive and functional status at the start of the study. Participants were randomly assigned to three intervention groups and to a control group.

The Advanced Cognitive Training for Independent and Vital Elderly (ACTIVE) study was conducted from April 1998 to December 2004, including a five-year follow-up for 67% of the sample.

The interventions over five to six weeks comprised 10 training sessions (60 to 75 minutes each) for memory (verbal episodic memory), reasoning (inductive reasoning), or speed of processing (visual search and identification). This was followed by four-sessions of booster training at 11 and 35 months in a random sample of those who completed training.

Immediately after the initial training, 87% of the speed-training group, 74% of the reasoning group, and 26% of the memory group showed improvement in their skills. After five years, the groups performed better on their tests than did those in the control group. The reasoning-training and speed-training groups given booster training benefited the most, the researchers found.

These improvements, Dr. Willis said, roughly counteract the decline in cognitive performance that would be expected over a seven-to-14 year period in individuals without dementia.

On the other hand, the five-year results of the ACTIVE study provided only limited evidence that cognitive interventions can reduce age-related decline in the activities of daily living. The loss of the ability to perform daily household tasks, manage money, and read medicine-dosing instructions is associated with increased use of hospital, nursing home, and home health services, the researchers said.

Although after five years the intervention participants reported less difficulty than members of the control group in these daily activities, the statistics said otherwise.

At five years, self-reported and performance-based measures of daily function and cognitive abilities were as follows:

The booster training for the speed of processing group, but not for the two other groups, showed a significant effect on the performance-based functional measure of everyday speed of processing (effect size, 0.30; 99% CI, 0.08-0.52). This may reflect, a need for larger doses of training before effects can be observed in this more cognitively demanding outcome, the researchers said

Across all the outcomes, evidence for transfer of cognitive training to function was modest and transfer was not observed until the five-year follow-up, the researchers said.

Prior research, they said, has suggested a temporal lag between the onset of cognitive decline and its subsequent impact on daily function, perhaps because of resulting differences in adapting to emerging physical limitations affecting tasks of daily living.

Another possibility is that these delayed effects on function may be attributed to the advantaged nature of the ACTIVE sample, inasmuch as adults with suspected cognitive issues were excluded from the study. Only after the onset of decline in the control groups could the effect of training on function be observed in the intervention group.

"We consider these results promising and support future research to examine if these and other cognitive interventions can prevent or delay functional disability in an aging population," the researchers concluded.

In an accompanying editorial, Sally Shumaker, Ph.D., of Wake Forest University in Winston-Salem, N.C., and coauthors said that the lack of supporting evidence for this "well-designed" study is disappointing and discussed why the effect on the subjects' everyday function was not supported by the data.

It is possible, they said, that the original selection of individuals with relatively high cognitive and physical function might have contributed to this failure. They further suggested that the domain-specific categories used in the study may have had limited the potential for determining an effect on functional status.

Results from the ACTIVE study have several clinical implications, they wrote. If cognitive training could be extended to individuals with Alzheimer's disease, individuals who cannot tolerate existing pharmacological agents would have additional treatment options.

If these programs were standardized and developed for mass market application, they might be made available to seniors through nonhealth-care facilities (schools, churches) as well as through health-care facilities. This would give individuals a greater sense of control over the disturbing prospect of cognitive decline.

Summing up, the editorial writers said, "addressing the growing threat of an aging population with limited options for maintaining cognitive function is a major challenge, and multiple promising avenues merit exploration." 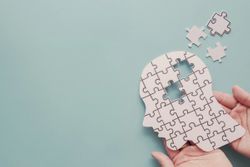 Study: Patients with Dementia at Higher Risk for COVID-19 Infection, but Not Death

Cannabis and Cognition and HIV 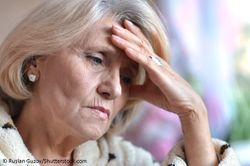