In the first direct comparison study, women with advanced COPD reported greater breathlessness (P<0.0001) and depression than men (P=0.0001) at the same lung function and health status, found Fernando J. Martinez, M.D., of the University of Michigan here, and colleagues.

Anatomy and distribution of emphysema lesions also differed significantly between the sexes, they reported in the Aug. 1 issue of the American Journal of Respiratory and Critical Care Medicine.

The overall findings confirmed what has been suspected from prior indirect studies, they said.

In an accompanying editorial, Dawn L. DeMeo, M.D., M.P.H., of Brigham and Women's Hospital in Boston, said the reason for the differences and whether they are based culturally, genetically, or anatomically remains unknown.

But, what is not debatable, she said, is that these differences impact clinical care of patients, and notably so from a public health perspective, "because in 2000, the number of women dying of COPD surpassed the number of men."

For this study, the researchers retrospectively analyzed 1,053 patients (38.8% women) with severe emphysema who were extensively characterized during evaluation for lung volume reduction surgery as part of the National Emphysema Treatment Trial.

On physiological testing, women had mixed results on lung function in comparison with men.

They reported more dyspnea than men on the Shortness of Breath Questionnaire (5.03 higher adjusted score on average, P<0.0001) even controlling for age, FEV1% predicted, whole-lung emphysema proportion, and pack-years.

Depressive symptoms were higher among women as measured by the Beck Depression Inventory (total score 10.4 versus 8.7, P=0.0001). Likewise, overall mental health component scores on the Short Form 36 survey were lower among women than men (51.6 versus 53.1, P=0.03), although physical health scores were similar (P=0.92).

The researchers cautioned that their data could not explain these differences, but they noted that "women might report greater respiratory symptoms and worse health status because they perceive a given physiological perturbation differently."

But if they reported worse symptoms, on radiological assessment with computed tomography (CT), women had less severe emphysema in multivariate analysis.

Women also had a different distribution and amount of emphysematous lesions compared with men.

The study should be considered hypothesis generating, the researchers noted. 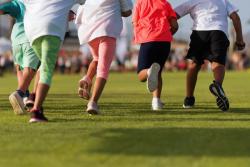