Although complex regional pain syndrome (CRPS)—a severely painful condition typically in the distal region of a limb—was first identified during the Civil War, it remains one of the most unrecognized types of pain, despite often being among the most severe. There are 2 types of CRPS: CRPS-I, which refers to CRPS in the absence of nerve damage, and CRPS-2 with related nerve damage. While CRPS-1 is considered to be the more prevalent of the two, the clinical presentations and treatments are essentially the same.

There is a large number of potential signs and symptoms of CRPS, and many are not uncommon in several other pain conditions, making it challenging for clinicians to diagnose. What do primary care physicians need to know about diagnosing this complex condition? In the slides below, find a primer on diagnosing CRPS including symptoms, testing, criteria, and more.

Despite many theories regarding the etiology of CRPS, its origins remain unknown.1

Many other origin theories have been proposed, which may apply to certain patients with CRPS, but none have been found valid for most.

A new review published in the May issue of Pain2 determined that the Budapest Criteria appear to be the most sensitive and specific diagnostic criteria for CRPS.

The May 2021 review unable to identify any valid screening tools for CRPS nor did they find any valid diagnostic tools for diagnosing CRPS in the pediatric population.

Testing for CRPS: CRPS is largely a clinical diagnosis based on the history and presenting signs/symptoms.

When should clinicians be suspicious about the presence of CRPS?

Allodynia (ie, pain in response to stimuli not typically associated with eliciting pain) is not required for a diagnosis, but it is one symptom that should significantly raise clinical suspicion.

If allodynia is present and the patient reports experiencing trauma to the affected body part, a diagnosis of CRPS should be considered highly likely and, in the absence of evidence of another etiology, should be approached as such.

Because CRPS usually follows some type of trauma to the affected body part, clinicians often consider the patient’s pain as a normal response to the trauma. The presence of allodynia should make the clinician aware that this is not the explanation for the pain. 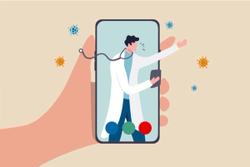 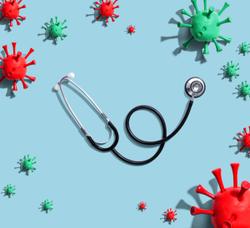 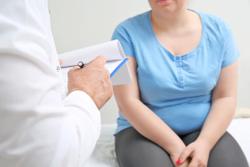