Early results from the EVAPORATE study demonstrated atherosclerotic benefits of icosapent ethyl (IPE) as an adjunct to statins at 9 months in patients with elevated triglycerides, according to data presented on Monday, November 18, 2019, at the AHA Scientific Sessions 2019 in Philadelphia, Penn.

EVAPORATE was designed to study whether IPE 4 g per day would reduce plaque progression over 9 to 18 months compared with placebo in statin-treated patients. The trial included 80 patients with persistently high triglycerides (200-499 mg/dL) taking statin therapy. The primary endpoint was progression rates of low-attenuation plaque.

Matthew Budoff, MD, Professor of Medicine at the David Geffen School of Medicine, Harbor-UCLA Medical Center, Los Angeles, presented the pre-specified interim 9-month data. At this point, 84% of patients had undergone interim CTCA imaging. At 9 months, IPE slowed progression of low-attenuated plaque by 21% (P=.469), but the difference was not significant.

IPE, however, was observed to signifincalty slow progression of other types of plaque (all vs placebo):

During that time there also was a non-significant increase in fibrofatty plaque.

These reductions were consistent across multiple subgroups, Dr. Budoff noted, including patients with baseline triglycerides from 135-499 mg/dL.

Dr. Budoff noted that the trial had not met its primary endpoint at this interim point, but that the study would continue to 18 months as planned.

In a discussion of the trial results, Stephen Nicholls, MBBS, PhD, of Monash University, noted that this was a small study performed at only 2 sites in a time period that may be too short to demonstrate an effect, but that the effect on total plaque volume seems promising.

“It will be critical to ensure maximal retention of patients on study drug until final imaging,” Dr. Nicholls wrote in his presentation slides. 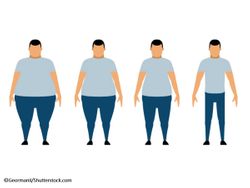