Increasing alcohol intake from 1 to 2 drinks per day was associated with brain changes equivalent to aging 2 years, according to a study of more than 36 000.

Consumption of alcohol, even in modest amounts, may be associated with reductions in overall brain volume, a new study suggests. Analysis of data from more than 36 000 adults led by researchers from the University of Pennsylvania, found that deleterious associations between alcohol intake and brain micro- and macrostructure were apparent in adults ingesting an average of only 1 or 2 daily alcohol units, and that the associations grew stronger with increasing alcohol intake.

Moreover, the investigators report in the journal Nature Communications, even increasing intake from 1 to 2 drinks per day was associated with brain changes equivalent to aging 2 years.

“The fact that we have such a large sample size allows us to find subtle patterns, even between drinking the equivalent of half a beer and one beer a day,” said Gideon Nave, a corresponding author on the study and faculty member at Penn’s Wharton School, in a Penn press release.

Study coauthor Henry Kranzler, professor of psychiatry and director of the Center for Studies of Addiction at the UPenn Perelman School of Medicine, added that their findings are out of synch with scientific and government guidelines on safe drinking limits. “For example,” he pointed out, “although the National Institute on Alcohol Abuse and Alcoholism recommends that women consume an average of no more than one drink per day, recommended limits for men are twice that, an amount that exceeds the consumption level associated in the study with decreased brain volume.”

Despite a robust literature on the impact on brain structure of chronic excessive alcohol use and alcohol use disorder (AUD), evidence on the role of moderate intake in the general population is inconclusive, the authors write, and comprises mostly small unrepresentative studies with limited statistical power and poor control for the myriad potential confounding variables.

Data were available for all participants on alcohol consumption levels which ranged from abstention to an average of ≥4 alcohol units per day. The team controlled for age, height, handedness, sex, BMI, smoking status, socioeconomic status, genetic ancestry, and county of residence. They also corrected the brain-volume data for overall head size.

For their study, the UPenn team, led by Remi Daviet, PhD, of the Wisconsin School of Business at the University of Wisconsin-Madison, tapped the UK Biobank (UKB), a prospective cohort study representative of the United Kingdom (UK) population aged 40–69 years and the largest available collection of high-quality MRI brain scans, alcohol-related behavioral phenotypes, and socioeconomic measures. Specifically, they looked at brain MRIs from 36 678 participants (mean age 64 years, 52.8% women) which they used to calculate the volume of white and grey matter (WMV and GMV, respectively) in different brain regions.

Data were available for all participants on alcohol consumption levels which ranged from abstention to an average of ≥4 alcohol units per day. The team controlled for age, height, handedness, sex, BMI, smoking status, socioeconomic status, genetic ancestry, and county of residence. They also corrected the brain-volume data for overall head size.

In their primary analyses, after examining data based on average level of alcohol consumption, the investigators found both WMV and GMV decreased as a function of daily intake. Beyond all other control variables, they write, intake of alcohol explains 1% of variance in GVM and 0.3% of the variance in WMV. In separate analyses that excluded abstainers (N=33 733) or, at the other extreme, individuals with high levels of alcohol consumption (N= 34 393) and also in models using additional covariates (N= 36 678) the findings were similar, according to the study.

The investigators used regression models also to calculate the predicted change in global GVM and WMV with increased daily alcohol intake of 1 unit. They saw virtually no change in brain volume measures when consumption shifted from no consumption to 1 alcohol unit per day. However, increases from to 1 to 2 or 2 to 3 units per day were associated with progressively greater reductions global GMV and WMV.

Daviet and colleagues next looked at predicted effect magnitudes against the effects associated with aging for an average 50-year-old UKB participant, based on regression models for the full sample. They found, for example, that the effect associated with an increase from 1 to 2 daily alcohol units is equivalent to the effect of aging 2 years (1.7 years in the model that excludes high alcohol consumers). An increase from 2 daily alcohol units to 3, they write, is equivalent to aging 3.5 years (2.9 years after excluding high consumers of alcohol).

The authors summarize their findings noting that they provide additional evidence for the negative association between intake of alcohol and both regional and global changes in the brain and that the global negative associations are detectable in individuals who consume between 1-2 alcohol units daily. They write that their observations are “partly consistent with studies of individuals with alcohol use disorder.”

“There is some evidence that the effect of drinking on the brain is exponential,” said Daviet in the UPenn statement. “So, one additional drink in a day could have more of an impact than any of the previous drinks that day. That means that cutting back on that final drink of the night might have a big effect in terms of brain aging.” In other words, he added, “the people who can benefit the most from drinking less are the people who are already drinking the most.”

Limitations of the study identified by the authors include the homogeneity of the sample, use of self-report of alcohol intake, and the absence of control for any past diagnosis of AUD. The study’s cross-sectional design also precludes identification of cause and effect, despite the extensive accounting in their models for potential confounding variables. 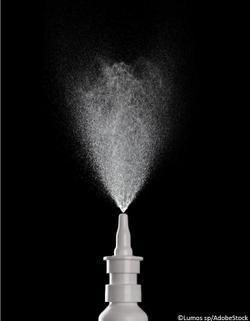 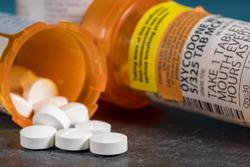