Excess adiposity and genetic predisposition both were found to be associated with a higher risk of gout, particularly among US women, in a new prospective study.

Excess adiposity and genetic predisposition both are associated with a higher risk of gout, particularly among US women, according to a large prospective study. The risk is highest, the study found, when both factors are present.

"The global burden of gout and comorbidity has increased in recent decades, disproportionately so among women,” wrote authors led by Hyon Choi, MD, director, clinical epidemiology, Division of Rheumatology, Allergy, and Immunology, Massachusetts General Hospital, Boston. “Yet, traditionally considered a disease of men, data on female-specific gout are scare, despite purported differences from males in risk factors and clinical spectrums."

For example, previous cross-sectional studies have found that obesity—a strong modifiable risk factor for gout—is more strongly associated with female gout than male gout, added researchers. Gout is also substantially driven by genetics, with serum urate heritability estimates ranging from 25% to 60%, according to the study.

Choi and colleagues investigated the potential contributions of adiposity and genetics to development of gout among women enrolled in the Nurses’ Health Study (NHS) I and II, and then compared them with risks for men from the Health Professionals Follow-Up Study (HPFS).

During a total follow-up of over 1 million person-years, there were 1360 cases of incident gout in NHS I and 188 cases in NHS II. The frequency of obesity at the time of gout diagnosis in the 2 female cohorts was 41% and 57%, respectively, according to the study.

Researchers found that individually, higher levels of adiposity and higher GRS were positively and significantly associated with the risk of incident gout in multivariable analysis that adjusted for factors such as age, blood pressure, menopausal status, and diet.

"From a public health standpoint, our findings reinforce adiposity as a major target for reducing the incidence and burden of female gout, with its higher frequencies of coronary heart disease, type 2 diabetes, and other cardiometabolic-renal comorbidities than male gout, particularly for women born with a greater genetic predisposition to developing this disease," noted Choi and colleagues.

Researchers noted that despite adjusting for covariates, “these findings are subject to potential residual and unmeasured confounding, like with any observational study.”

"Addressing excess adiposity could prevent a large proportion of female gout cases in particular, as well as its cardiometabolic comorbidities, and the benefit could be greater in genetically predisposed women,” concluded investigators. 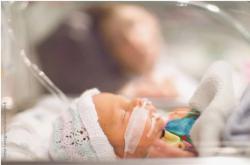