The novel prandial insulin formulation from Eli Lilly is now approved for administration via continuous subcutaneous insulin infusion with an insulin pump.

"Insulin pumps are an important delivery option for people with diabetes – many of whom struggle with high postmeal blood sugar levels," said Leonard Glass MD, vice president of Medical Affairs with Eli Lilly and Company, in the company statement. "The expansion of the Lyumjev label to include use in an insulin pump provides a new and important choice for people with diabetes.”

A more rapidly absorbed formulation, insulin lispro-aabc injection was approved in June 2020. The current label expansion is based on results of the PRONTO-PUMP-2 trial. PRONTO-PUMP-2 was a phase 3 active-controlled treat-to-target study to evaluate the safety and efficacy of insulin lispro-aabc injection when administered via insulin pump in adult patients with type 1 diabetes. 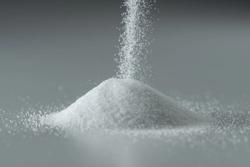