Probiotics, prebiotics, herbal preparations, and acupuncture are among the most popular options pursued for GI disorders. But how helpful are these nonmedical options?

Patients with GI disorders often turn to nonmedical options to alleviate symptoms, but the very agent they use for symptom relief may be the reason they are not responding to prescribed medications, according to Sunanda V. Kane, MD, MSPH, Professor of Medicine at the Mayo Clinic in Rochester, Minnesota. Dr Kane shared her insights on complementary treatment options at the American College of Gastroenterology (ACG) 77th Annual Scientific Meeting in Las Vegas.

Probiotics, prebiotics, herbal preparations, and acupuncture are among the most popular options pursued for GI disorders, Dr Kane noted in her presentation, “Evidence-Based Alternative Therapies in IBD.”

Clinicians need to have open communications with their patients about complementary medicine use, Dr Kane said. That way it becomes easier to monitor and guide patients-especially because some agents may have adverse effects.

For example, patients often think that chamomile, ginger, and papaya are helpful. However, they have a coumadin component and can cause increased bleeding. Similarly, aloe can reduce the effect of corticosteroids, and licorice prolongs corticosteroid half-life. Marshmallow root can delay absorption of minerals and medications.

Other agents may be beneficial and do not seem to be harmful, Dr Kane said. For instance, although there are very few controlled trials of probiotics for inflammatory bowel disease (IBD), they may be helpful. Dr Kane shared available data indicating that patients who received probiotics had fewer relapses. In addition, tolerability appears to be excellent.

“It may not harm, it may help,” Dr Kane added. “And if you are open-minded, your patient may be more adherent with other medications.”

Fish oil is another option that patients are drawn to, Dr Kane said. Cochran reviews did not find evidence that fish oil reduces relapses in patients with ulcerative colitis or Crohn disease, even though fish oil is known to be good for general inflammation. Dr Kane tells her patients that fish oil is good for their hearts and there is no reason to discontinue it but points out that she does not think it helps their GI symptomology.

Patients with IBD also use curcumin-an extract from turmeric that has been shown to have anti-inflammatory properties. Curcumin seems to have some benefits, Dr Kane noted. In one study, patients with Crohn disease who took 360 mg of curcumin 3 times a day for a month and then 4 times a day for 2 months had less diarrhea and improvement was seen in several symptom scores.1

In another study, patients with ulcerative colitis received 550 mg of curcumin twice daily for 1 month and then 3 times daily for 1 month.2 Dr Kane said that these patients also showed improvement-1 of 5 patients was able to taper off of corticosteroids and 2 others stopped 5-aminosalicylic acid. This agent appears safe and may induce mucosal healing, but there are still a lot of questions to be answered, Dr Kane added.

Dr Kane suggested that all clinicians keep the Oxford Handbook of Complementary Medicine handy to help make sense of the options available to their patients.3 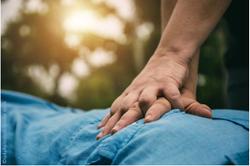 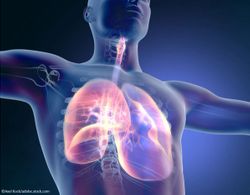