Once a disease of kings, gout affects an increasing number of “commoners”-and the physical and economic toll is high.

Gout was associated with a high level of cardiovascular, metabolic, and renal comorbidities, and led to substantial direct and indirect costs, according to a Canadian systematic review.

In comparison, those costs came in at $2562, $10,590, and $7188, respectively, among corresponding non-gout patients, they wrote in Seminars in Arthritis and Rheumatism.

In addition, the comorbid burden was more prevalent among gout sufferers with higher serum uric acid (SUA) levels and more frequent attacks. Those with SUAs of >9 mg/dL or annual attacks had a higher prevalence of hypertension, renal impairment, chronic kidney disease, dyslipidemia, and ischemic heart disease, the authors stated.

It may once have been the disease of kings, but gout now affects an increasing number of “commoners,” specifically 3.9% of the US population (8.3 million) over the past few decades. A 2013 literature review estimated the economic burden of gout at more than $6 billion annually for prevalent cases.

Rai’s group synthesized data from eligible gout studies dating from 1946 to 2014. Twelve were from the US, while one originated in each of Canada, Taiwan, and Spain. The researchers extracted relevant economic parameters and inflated-adjusted reported costs to 2013 US dollars.

The study looked at both overall direct costs of care and direct costs by gout severity or SUA level, as well as indirect costs incurred by work impairment and lost productivity. Not many of the studies in question compared gout patients with gout-free controls, and the researchers called for the inclusion of a gout-free comparison group in future research.

Two uncontrolled studies in the sample estimated total all-cause direct costs in unselected gout populations at $11,080 and $13,171 respectively. Gout-related costs ranged from $172 to $6179, depending on population characteristics.

A Canadian study reported the cost differential between gout and gout-free populations to be $134 per month and $8020 (in 2005-2006 Canadian dollars) per case over 5 years.

Unsurprisingly, several studies reported higher costs related to concurrent illnesses in gout patients. “These data suggest that the care of comorbid conditions may be an important contributor to the overall economic burden of gout,” Rai’s group wrote.

Four studies addressed indirect, disability-related costs. One controlled study found indirect workers’ compensation costs of $1789 versus $961 for gout versus non-gout patients. Another analysis estimated indirect costs to be as high as $4341 per capita for treatment-refractory patients having 8 flares per year, each accounting for a loss of 3 workdays.

The study had some limitations. The identification and selection of relevant citations may have been skewed by publication bias, and the heterogeneity of cost data across differing studies precluded a quantitative meta-analysis.

The authors called for future research to produce population-based cost estimates of gout using appropriate comparator groups and for a comprehensive assessment of direct and indirect costs. 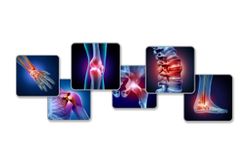 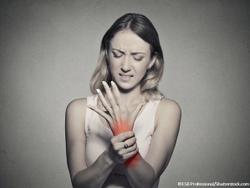