ENDO 2021: Fewer than 1-in-10 older adults with a hip fracture had been prescribed bone-directed treatment in the 6 months prior to the incident, according to research on trends in treatment.

Research results presented at ENDO 2021 suggest that fewer than 10% of commercially insured patients who experienced a hip fracture had been prescribed any treatment for osteoporosis within the 6 months before the fracture.

The findings are based on an analysis of insurance claims data from more than 1.4 million patients that also found a significant drop over the past decade (from 15% to 8%) in rates of treatment for osteoporosis. The trend is of note because during the same time there have been multiple new osteoporosis therapies introduced, some with novel mechanisms of action.

“This very low rate of treatment with bone-directed medications to prevent future fractures is concerning,” said lead investigator Sara Cromer, MD, an endocrinology fellow at Massachusetts General Hospital, in a statement from the Endocrine Society. “This is analogous to providing no therapy to lower blood pressure or cholesterol after a heart attack.”

With her colleagues from Massachusetts General and the Brigham and Women's Hospitals, Cromer searched claims data entered into the Clinformatics Data Mart for enrolled individuals over age 50 years who were prescribed any osteoporosis medication during each quarter between January 1, 2009 and March 31, 2020. Subgroup analyses limited the population to 2 groups based on ICD codes:

According to the Centers for Disease Control and Prevention, every year >300,000 adults aged ≥65 years nationwide sustain a hip fracture requiring hospitalization.

In the all-user cohort, 15.48 million unique prescription or medication administration claims from 1.46 million individuals were analyzed. Women comprised 89% of this group and 71% were older than age 65 years (mean age 69). The percentage receiving individual medications was calculated.

Oral bisphosphonate most common
The most common medication used was the bisphosphonate alendronate, representing >50% of all treated individuals and with use increasing over the study period. Analysis showed that use of zoledronic acid, the once-yearly intravenous bisphosphonate, doubled during this period but remained at <5%. There was a steady decline recorded in use of other bisphosphonates as well.

Use of injectable osteoporosis medications (teriparatide and abaloparatide, self-injected daily; romosozumab, physician injected monthly) remained at <2% throughout the study period. The percentage of individuals treated with raloxifine, a selective estrogen receptor modulator, declined after 2013.

In significant contrast, use of the twice-yearly injectable monoclonal antibody denosumab increased rapidly after its approval in 2010, used by 10% of claimants in 2015 and by 15% in 2018.

Trends in the osteoporosis cohort paralleled those in the all-user cohort.

Analysis of the malignancy cohort found use of alendronate and zoledronic acid of approximately 30% at the study's beginning followed by a steady decline. Denosumab use, on the other hand, surpassed use of either of these bisphosphonates by 2013, becoming the most commonly used drug for prevention of fractures related to cancer. Denosumab use reached approximately 50% of all bone-directed medications used in this cohort. Use of other medications in the malignancy cohort, mainly alternate bisphosphonates, was low and declined throughout the study period.

Lead study author Cromer commented in the Endocrine Society statement that the rapid rise in use of denosumab seemed out of proportion with the Society’s guideline recommendation that the injectable medication be used as an alternative to bisphosphonates for the initial treatment of osteoporosis if a patient cannot take bisphosphonates or is at high risk of osteoporotic fractures.

“While denosumab is highly effective at improving bone density and preventing fracture," said Cromer, "it has also been known for several years that there is an increase in spinal fractures if denosumab is discontinued without follow-up treatment, and sometimes even with follow-up treatment.” She continued, “This safety concern does not seem to be reflected in medication use as of early 2020, the end of our study.” Cromer noted that the reasons for the rapid increase in use of denosumab remain unclear. 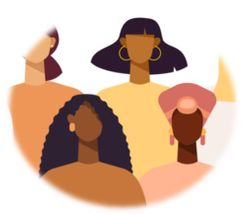