Japanese adults with type 2 diabetes (T2D) who consumed more coffee and green tea were less likely to die of any cause during 5 years of follow-up, according to a new study published in BMJ Open Diabetes Research & Care.​

Through antioxidant, anti-inflammatory, or antibacterial properties, the authors write, higher green tea consumption has been reported to confer health benefits such as diabetes prevention. Higher green tea or coffee intake has been reported to reduce all-cause mortality in the general population, but little is known on the association between green tea and coffee consumption and mortality in patients with diabetes, according to the study.

For this reason, Komorita and colleagues analyzed data from 4923 adults with T2D (2790 men; mean age 66 years) who were followed prospectively for a median of 5.3 years. Green tea and coffee consumption were evaluated using self-administrated questionnaires; 309 participants died during follow-up.

Results showed that the multivariable-adjusted hazard ratio [HR] for mortality was significantly lower in participants who consumed ≥4 cups/day of green tea vs those who reported drinking none (HR, 0.60; 95% CI, 0.42-0.85). In the coffee group, the multivariable-adjusted HR for all-cause mortality was significantly lower among participants who drank ≥2 cups/day vs those who did not consume coffee (HR, 0.59; 95% CI, 0.42-0.82).

The greatest reduction in all-cause mortality was observed among participants reporting drinking both green tea and coffee.

Compared to participants who drank neither beverage, those who consumed 2-3 cups/day of green tea with ≥2 cups/day of coffee/day were half as likely to die of any cause during follow-up (HR, 0.49; 95% CI, 0.24-0.99), suggesting an additive benefit of consuming both beverages.

Of note, researchers cautioned that because it was an observational study, they could not conclude that green tea and coffee intake reduces death – only that consuming them is associated with lower risk.

“Our results suggest that consuming green tea and coffee may have beneficial effects on the longevity of Japanese people with type 2 diabetes,” concluded authors. 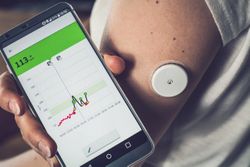