How Much Is a Life Worth?

As science and innovation breed new developments in medical care, we’ll be faced again and again with the same question. Who's working on the answer?

I’ve been struck recently by two very intriguing news stories. The first was about FDA approval of thenew oral therapy for hepatitis C (HCV). The second was about DNA testing for sepsis to rapidly identify the microbes involved. Both involve significant innovation and tangible improvements over existing methods to cure hepatitis or tailor antibiotic therapy for sepsis-but both come at a high cost. Both also underscore some of the greatest tensions in health care today-an individual’s need for therapy vs sustained innovation and market incentives.

My mind wanders to one of my patients with cirrhosis from the deadly combination of HCV and chronic alcohol use. In his 50s, “Jim” also suffers with schizophrenia and receives intensive case support: he teeters between hospice care and the hospital with recurrent bleeds. He also happens to be an excellent artist.

If I tally up the cost of Jim’s hospitalizations over the past year or at least 6 months, I could easily arrive at a number well into the 6-figure range. His life is miserable-he’s not engaged in his art and his continued drinking makes his chances of liver transplant nonexistent. Jim has never been a candidate for existing hepatitis C therapy because of his erratic use of health care services and concerns in regards to his mental illness (occasional suicide attempts).

The new HCV oral therapies boast an 80% to 90% cure rate and very few side effects (!), and can bypass the need for interferon. Unlike antiretroviral therapy for HIV, they do not need to be taken long-term (24 to 48 weeks at most). One study found the risk of advancing to cirrhosis in long-term alcohol consumers was tripled in the presence of hepatitis C. I think it’s safe to say that the chances of Jim not having cirrhosis in his 50s would have been better without HCV on board. Right now, he could be writing or painting, and he would cost the health care system a lot less-at least somewhere in the range of 6 figures less. And at around $1000 per pill, that’s the approximate cost of the new treatment regimen.

It’s estimated that 150 million people are infected with HCV globally, and most don’t know it. Many who are aware can’t access therapy because of the cost, the side effects, or the complicated IV treatment regimen. The demand for innovative therapies that skirt these issues is high, and the price offered, according to the manufacturers, matches this value. They wager that Jim’s payer would be willing to cough up the price for the new therapy even though it costs a fraction of this amount to manufacture the pill. How much profit should a company make with such an advantage?

To shift gears, inpatients with sepsis get blood cultures drawn frequently-almost reactively with fever in the hospital. When concern exists, it’s reflexive to start broad-spectrum antimicrobial therapy until you narrow down what’s wreaking havoc. These patients are thus exposed to more side effects, and more expensive therapies that have the potential to promote more microbial resistance. Cultures can take 72 hours to grow, but new DNA tests can make these results available in just 12 hours-essentially a decade in the life of a critically ill patient.

Inpatient laboratory costs are even more hidden from physicians who order the tests. These costs represent a significant proportion of hospital billings. These new tests are expected to cost more . . . if these were widely available and accurate, why would anyone order the old tests?

And that’s exactly it. When Jim is sick or Ms X is in septic shock-that physician, that nurse, that family will always opt for the best treatment. No one is advertising “pretty good care” in their ICU, and there won’t be anyone lining up for interferon in a year when something else radically better is available.

As science and innovation breed new developments in medical care, we’ll be faced again and again with the same question: how much is a life worth?  Governments, payers, and companies believe they have the answers. The question then becomes, are we willing to swallow what they serve up? 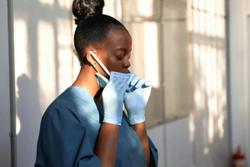