A recent literature review published in Pain Medicine examined the research on the use of hypnosis for chronic neuropathic pain published in the past 25 years (January 1996-August 2021). The review only included actual studies and excluded case reports. In the slides below, find an overview of the studies examined, key results, and takeaway points for primary care clinicians.

Results are mixed. Most of the studies employed the visual analog scale (VAS) for pain assessment. All studies found a significant decrease in pain associated with hypnosis. In the RCTs that compared hypnosis to other interventions, the results were mixed with some showing hypnosis to be superior and others either showing the comparator to be superior or that there was no difference between them.

Results for QoL, Function. Most of the studies included measures examining QoL and functional improvement. Both improved with hypnosis, although results were mixed as to whether hypnosis was superior to any comparators used. Hypnosis also appeared to improve depression in studies evaluating its impact on the mood disorder.

Results for CRPS. In studies that included patients with CRPS, combining hypnosis with other therapies—most notably physical therapy—appeared to be especially efficacious with regard to pain reduction and especially with regard to improvement in functioning.

Review authors note several limitations, including limited number of studies and participants, several of the studies were of poor design, and most of the studies did not identify the nature of the hypnotic induction techniques used making it difficult to determine whether one technique might be more efficacious than others.

Limitations (cont.). Authors did not mention why more common neuropathic pain syndromes—most notably diabetic neuropathic pain and fibromyalgia—were not included in most of the studies. Lack of effective treatments for CRPS might explain its focus in a larger number studies.

Conclusions. Despite the obvious limitations, the authors conclude that hypnosis may be beneficial for the management of neuropathic pain syndromes improving both pain and the level of function, but that more and better studies are needed to help determine which patients might respond best to hypnosis and which hypnotic techniques are most effective.

Conclusions: Limitations on use of hypnosis #2. In several studies a significant number of potential subjects refused to participate, saying they didn’t “believe in” hypnosis. It is possible that a mistaken and dramatized view of hypnosis may be to blame.

Hypnosis in movie and TV depictions is often shown to place a subject under “control” of the hypnotist—an erroneous image. Hypnosis is a heightened state of relaxation and concentration with increased suggestibility but where a subject does not lose control of their behavior or become out of touch with their environment.

A Final Note. Research support for the use of hypnosis for neuropathic pain may be limited, but this is also true of many other commonly used treatments. 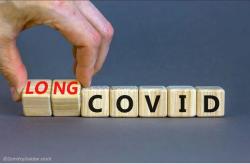