BOSTON -- Despite improved treatment of stroke risk factors, and a decline in age-adjusted annual incidence, the lifetime risk of a stroke has not fallen significantly over the past half century, according to the Framingham Study.

BOSTON, Dec. 26 - Despite improved treatment of stroke risk factors, and a decline in age-adjusted annual incidence, the lifetime risk of a stroke has not fallen significantly over the past half century, according to the Framingham Study.

The findings emphasize a need for greater primary prevention efforts, said Philip A. Wolf, M.D., of Boston University, and colleagues, in the Dec. 27 issue of the Journal of the American Medical Association.

The researchers prospectively followed the occurrence of stroke in the community-based study of 9,152 men and women. Rates were compared for three periods (1950 to 1977, 1978 to 1989, and 1990 to 2004), with every-other-year assessment of stroke risk factors and active surveillance for incident clinical stroke and cause-specific mortality.

"The results of this study suggest that improved control of risk factors has lowered stroke incidence," Dr. Wolf and colleagues wrote," but emphasize the need for continued primary prevention efforts."

The Framingham Study included an initial cohort of individuals recruited in 1948, their children and their children's spouses enrolled in 1971. All cohorts were predominantly of European descent, well-educated, and middle class.

During follow-up in the study, there were 1,030 incident clinical strokes among the 9,152 participants ages 55 or older (174,917 person-years). Most of these were atherothrombotic brain infarctions (61%) and 44% occurred to men.

Risk factors examined at age 65 years decreased in prevalence overall. From the first to third study periods, there were significant improvements (P<0.001) in mean systolic blood pressure, cholesterol levels, hypertension prevalence, prevalence of hypertension treatment, and prevalence of current smoking. Mean Framingham Stroke Risk Profile scores declined from 0.105 to 0.091 (P=0.02) for men and from 0.071 to 0.053 (P<0.001) for women, respectively.

Age-adjusted stroke severity did not change over time. Moderate to severe strokes accounted for 47% to 48% of strokes over the three periods in men. In women, there was a nonsignificant increase in the proportion of strokes that were moderate to severe from 40% in the first period to 60% in the second period (P=0.26).

They said the "intriguing" severity difference may be related to the older age for women at their first stroke since adjusting for age eliminated the statistical significance of the finding.

"These sobering trends emphasize that while improved control of risk factors has lowered incidence of stroke," they wrote, "there is a need for greater primary prevention efforts to reduce the lifetime risk, severity, and 30-day mortality following stroke."

They said that since age-adjusted annual incidence and 10-year cumulative incidence decreased over 50 years in the study while lifetime risk did not, the difference was likely due to increasing life expectancy, "which partially offsets the decreases in annual and shorter-term risk."

Because the study included relatively few individuals of non-European ancestry, the findings may not be generalizable to more racially and ethnically diverse populations.

The study was supported by the National Institute of Neurological Disorders and Stroke and the National Heart, Lung, and Blood Institute's Framingham Heart Study. Dr. Wolf reported that he served on the data monitoring committee of a large stroke prevention trial and as chair of a trial sponsored by Boehringer-Ingelheim, but no other authors reported financial disclosures. 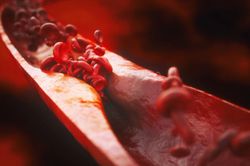