Measles: The Key 5 Signs and Symptoms

As of April 18, the CDC reported that 13 states have had 129 cases of measles in 13 separate outbreaks, with California and Ohio leading the way with 80 cases between them. Most of cases were in persons who chose not to be immunized or who were too young to receive the vaccine.

It’s unfortunate, but most of our vaccine-preventable diseases in the US are just a plane ride away. For example, one of the outbreaks in Ohio began with an unimmunized person who had been exposed to the virus during a visit to the Philippines and became sick after returning to the US. The incubation time for measles is about 8 to 12 days from exposure to onset of symptoms.

The reappearance of measles is disheartening-the endemic disease was eliminated in the US in 2000. It also makes some of us a little nervous because many young practicing US clinicians have never seen a case of the measles. Does that include you? Would you recognize it if it showed up in your office?

See if you can put the following groups of signs and/or symptoms in the correct order of appearance in a classic case of the measles:

- Koplik spots on the buccal mucosa

1. Fever and malaise appear first. In children, the temperature usually increases over the first several days to a high of 103°F to 105°F by day 4 or 5 and then falls quickly to normal.

3. Koplik spots appear first on the buccal mucosal about a day after the coryza and cough and 2 days after the onset of fever. The number of 1-mm in diameter, bright red spots with a bluish white center (think of a small grain of salt on a red background) increases to more than 100 spots that extend to the entire buccal and labial mucosa over 3 to 4 days. They then fade away in about 2 days or about 6 days after the onset of fever and about at the same time the fever dissipates.

4. The rash first appears on the hairline of the face, including the forehead, behind the earlobes, and upper neck about 3 to 4 days after the onset of the fever. The prodromal period, however, can be as short as one day or as long as 7 days, but 3 to 4 days is more typical.

5. The rash then movesdownward until it reaches the feet about 2 to 3 days after starting on the head. The upper body sites contain many more lesions that can become confluent, whereas the lower extremity lesions tend to be discrete and fewer in number. The rash leaves as it began, starting at the head and moving down. Initially it is maculopapular, blanching with pressure, but the rash can become non-blanching and brownish after 3 or 4 days. The duration of the exantham is about 6 days.

To summarize, sudden onset of fever and malaise with the fever  lasting 5 or 6 days peaking at day 4 to 5 with a rapid defervence. Koplik spots start a day or two before the rash and last about 4 days. The cough will be the last thing to go away, about 10 days after it starts. Infants may have diarrhea. Older children may develop a generalized lymphadenopathy, particularly in the postauricular, cervical, and occipital glands (typically the same glands that swell with rubella). 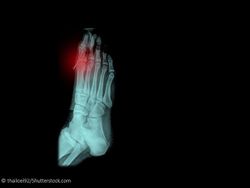 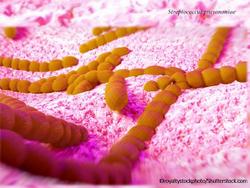 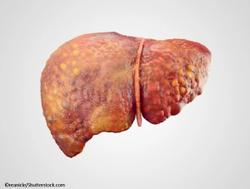