The association between mental health and cardiovascular disease (CVD) has long been recognized and after months of social isolation during the pandemic, there is a renewed appreciated for its importance. For many patients with CVD who might be returning to social gatherings, a more normal work environment, and other aspects of daily life, the risk for mental health disorders has never been higher. In the slides below, find a review of the evidence linking mental health to CVD.

Anxiety disorders are extremely common mental health disorder in the US, experienced by nearly 1 in 5 Americans in any year and nearly 1 in 3 Americans over the course of their lifetime. Symptoms are both emotional (eg, restlessness, irritability, feelings of apprehension) and physical (eg, tachycardia and shortness of breath, urinary frequency and diarrhea). Subtypes include GAD, social anxiety disorder, PD, and phobias.

What's the link to CVD? According to an analysis published in Current Psychiatry Reports:

• 20%-30% of patients experience anxiety following ACS.
• GAD is independently associated with poor outcomes in patients with established CVD.
• Following MI, GAD is associated with a 2-fold risk of mortality over 10 years.
• PD has been associated with an increased risk for incident CAD, major adverse cardiac events, and MI.

Mood disorders are characterized by excessive joy or sadness and include major depressive disorder (MDD), bipolar disorder (BD), persistent depressive disorder, cyclothymia, and seasonal affective disorder. MDD occurs in approximately 17% of the general population, but in up to 40% of patients who have experienced a major cardiac event.

What's the link to CVD? In a study of over 17 000 patients with BD in Sweden, patients died 10 years sooner than the general population, 38% of deaths were caused by CVD, and BD doubled the risk for cerebrovascular disease, CAD, and acute MI. Patients with MDD have been shown to:

• Have increased rates of smoking, obesity, physical inactivity, and alcohol intake.
• Have a 64% increased risk of developing CAD.
• Have significantly higher rates of medication non-adherence.

Post-traumatic stress disorder (PTSD) occurs in 7%-8% of civilians and in up to 20% of veterans. People with PTSD have intense, disturbing thoughts and feelings related to their traumatic experience, and can be brought on by war, rape, natural disasters, serious accidents, and other events. Symptoms of PTSD include intrusive thoughts or flashbacks of the traumatic event; avoidance of trauma reminders; alterations in cognition and mood; and alterations in arousal and reactivity.

What's the link to CVD? In one meta-analysis of veterans aged ≥55 years, PTSD was shown to put veterans at a much higher risk of CV events, even after adjusting for other risk factors. In another meta-analysis, PTSD was associated with almost double the risk of stroke and increased risk of CV mortality, CAD, and heart failure. In turn, acute CV events can lead to PTSD.

The prevalence of schizophrenia in the US is estimated between 0.25%-0.64% and is characterized by both positive and negative symptoms. Symptoms can include delusions, hallucinations, disorganized speech, trouble with thinking, and lack of motivation.

Chronic stress and loneliness: What's the link to CVD? In a widely-cited study looking at the relationship between chronic stress and CVD, activity in the amygdala—a region of the brain involved in stress—was associated with increased arterial inflammation and CV events. In another study, researchers compiled data from 23 papers, which included over 4600 CAD events and 3002 stroke events. Results showed poor social relationships to be associated with a 29% increase in the risk for incident CAD and a 32% increase in the risk of stroke. This increased risk was similar to the increased risk found for light smoking or obesity. Loneliness has also been shown to increase blood pressure, independent of other risk factors. 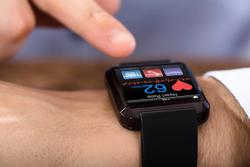