What it all boils down to: smoking is a risk factor for stroke--no matter your age or your migraine status.

The risk of stroke is higher in people with migraines. That’s a known fact. That risk is especially significant in younger women if they smoke, and it is even worse if they take birth control pills. But what happens as women age? Does their stroke risk remain the same or does it typically decrease, like their migraines do? And is their risk affected by their smoking status?

In the latest issue of Neurology, I read an article entitled “Migraine and Risk of Stroke in Older Adults”.1 What the authors found was both interesting and different from what I expected.

In a 2013 abstract from the Women’s Health Study, it was reported that a higher risk of stroke was found for women who had migraine with aura. That risk for stroke was as high as if they had diabetes, uncontrolled high blood pressure, or were smokers.3 In 2014, the Northern Manhattan Study (NOMAS) using a mixed race and gender population, reported that there was twice the burden of “subclinical brain infarction” found by MRI in older patients with past history of migraine after adjusting for sociodemographic and vascular risk factors.4

In effect, the implication is that migraine-especially with aura-placed patients at higher risk for stroke or for findings that suggested “subclinical strokes” in cerebral imaging studies done later in life. Therefore, it would not have surprised me me if in their most recent study, Monteith and colleagues1 had confirmed an association between migraine and stroke in older patients.

But their findings were not in line with this expectation.

This group’s new article was an 11-year prospective, population-based cohort study. In contrast to their 2014 study, they did not find a correlation between migraine and stroke or other vascular events. There was a three-times higher stroke hazard ratio for current smokers versus nonsmokers. This was similar to the risk reported in other mixed population studies of smoking and stroke.5

For me the take-away was unexpected. In your older migraine patients, smoking status makes more of a difference than their migraine status.

Yet, I have questions. Are these findings because older patients have lower migraine frequency? (Their migraine frequency was not reported). What if you control migraines, both with and without aura, in younger populations: does this lower their stroke risk? At this time, there are no answers.

Nevertheless, the well known conclusion remains: smoking is a risk factor for stroke, no matter your age or your migraine status.

The Migraine Research Renaissance and Where it is Headed: A PI Interview 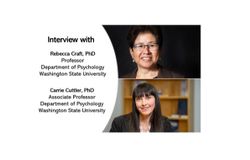