A new study suggests that walking even 3 or 4 hours a week may reduce long-term mortality from any cause in patients with a history of stroke.

Exercise was associated with lower all-cause mortality in a dose-dependent manner among patients with a history of stroke, especially younger individuals, according to a new study published in Neurology.

Joundi and colleagues aimed to determine the association between physical activity and mortality in community-dwelling persons after a stroke. The Canadian Community Health Survey (CCHS) was used to obtain self-reported exercise across 4 survey cycles (2009, 2010, 2013, and 2014), and was linked to administrative databases so researchers could obtain prior data on diagnosis of stroke and subsequent all-cause mortality.

“Our results are exciting, because just three to four hours a week of walking was associated with big reductions in mortality, and that may be attainable for many community members with prior stroke."

Physical activity was measured as metabolic equivalents (METs) per week, with 10 MET-hours a week as the threshold for meeting minimal physical activity guidelines. Researchers used Cox proportional hazard regression models and restricted cubic splines to examine the link between exercise and all-cause mortality among participants with prior stroke and controls, adjusting for sociodemographic factors, comorbidities, and functional health limitations.

The majority of participants with prior stroke experienced an ischemic stroke (92%), according to the study.

Researchers found a higher proportion of deaths in the study period among participants with prior stroke (24.6%) compared to the control group (5.7%).

Researchers observed a strong dose-response relationship in both cohorts, “with a steep early slope and the vast majority of associated risk reduction occurring between 0 and 20 MET-hours/week,” wrote authors.

“Our results suggest that getting a minimum amount of physical activity may reduce long-term mortality from any cause in stroke survivors,” said Joundi in the press release. “We should particularly emphasize this to stroke survivors who are younger in age, as they may gain the greatest health benefits from walking just thirty minutes each day.”

The researchers did note that a limitation to the study was that self-reported exercise levels may be associated with response biases. 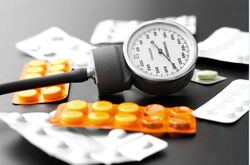 Urban Areas in US are Associated with Lower Rates of Hypertension Medication Adherence, New Study Finds