A 56-year-old man comes to your office for two “spells” he’s had in the past three days, each lasting approximately 20-30 seconds before resolving spontaneously. The first was blurry vision in both eyes without other vision changes. He had just woken up at the time, but states that the blurry vision was very different from the experience of just being “sleepy.” The second spell consisted of tingling in his left hand. He denies that he had any weakness or change in speech or balance. He feels back to normal currently.

His physical exam is normal so you make a plan for outpatient work-up with MR brain, EKG, laboratory studies, and a carotid duplex, thinking that the episodes were likely too brief and non-specific to represent a true transient ischemic attack (TIA).

Before he leaves the office, he experiences another episode of the same blurry vision that he had a few mornings ago. You re-enter the exam room and observe left beating horizontal nystagmus in neutral gaze, which was not there previously.  On rightward gaze the nystagmus becomes rotatory. He also tells you that now he has non-pulsatile ringing in his right ear, which also just started.

You send him to the ED by ambulance and visit him after the initial workup is done. The Figure shows a cut from the MRI obtained in the ED.

What does the MRI reveal?

Posterior circulation CVA or TIA is often missed initially as symptoms can be non-specific. In TIA, symptoms usually last at least a minute or two, so either this case is very atypical or the patient was just not able to give an accurate description of the timing. It is also interesting that “blurry vision” in this case was actually a symptom from acute nystagmus. Complaints of double vision are more classic for posterior circulation cerebral ischemia.

Tinnitus is also an unusual symptom in TIA and stroke and will be the focus of the remainder of the discussion for this case. For more in depth discussion of posterior circulation stroke, consult the reference of your choice.

Tinnitus may be unilateral or bilateral and pulsatile or non-pulsatile. Categorizing the type of tinnitus may help narrow down the cause (see Chart [excerpt] below). In this case, the tinnitus was unilateral and non-pulsatile. Since there were concomitant CNS findings, a central cause was suspected. The differential diagnosis included posterior CVA, multiple sclerosis, cerebello-pontine angle tumor, and syphilis. CT is not likely to capture any of these conditions so an MRI was ordered, which gave the correct diagnosis.

The patient was admitted and found to have paroxysmal atrial fibrillation as a cause of his stroke. 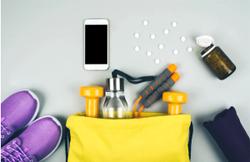