Results of the prespecified analysis from the REGENERATE trial confirm 2019 data demonstrating statistically significant improvement in fibrosis without worsening NASH.

Obeticholic acid (OCA) met its primary endpoint of improvement in liver fibrosis without worsening of nonalcoholic steatohepatitis (NASH), according to topline results from the ongoing phase 3 REGENERATE trial reported by Intercept Pharmaceuticals.

This prespecified interim analysis of REGENERATE data is the second in which OCA, a farnesoid X receptor (FXR) agonist, met the primary endpoint for the intent-to-treat (ITT) population, said Intercept in its announcement.

In the analysis of the ITT population (n=931) 22.4% of patients randomized to once-daily oral OCA 25 mg met the primary endpoint of achieving at least 1 stage of fibrosis improvement with no worsening of NASH at month 18 as determined by liver biopsy vs 9.6% of the placebo group (P <.001). The findings are consistent with a 2019 analysis that also showed a statistically significant effect of OCA on improvement in fibrosis.

Mirroring the 2019 outcomes further, the current analysis found that a greater proportion of OCA-treated participants vs those treated with placebo achieved complete resolution of NASH with no worsening of fibrosis. Neither the earlier or current results, however, reached statistical significance.

While the population for the current analysis reflects the 2019 cohort, these results are based on reading of histology reports by consensus panel rather than by individual central readers, the method used in the first analysis, according to the news release. The former approach is consistent with recent guidance from the US Food and Drug Administration (FDA).

The safety analysis was performed on data from 2477 participants who took at least dose of the study drug—either placebo, OCA 10 mg, or OCA 25 mg.

According to Intercept, the safety population for this interim analysis had significantly longer exposure to the study drug compared to the original safety population, 42 months vs 15 months, which translates to almost 1000 participants for the new analysis taking active drug for 4 years, an exposure 3.4 times greater than for the 2019 analysis.

Evaluation of treatment-emergent adverse and serious adverse events and deaths found them generally balanced across OCA and placebo groups.

The most common adverse event was pruritus (24% placebo, 33% OCA 10 mg, 55% OCA 25 mg), which was also the most common cause for treatment discontinuation.

Serious gallbladder-related events occurred in <3% of the patient population and rates of biliary events, consistent with the known FXR agonist mechanism of action, were higher in participants receiving OCA 25 mg.

The analysis also included a blinded adjudication of safety events by independent groups of experts, as requested by the FDA. This included events related to hepatic safety, cardiovascular, and renal outcomes.

There was a numerically higher number of adjudicated hepatic safety events in the OCA 25 mg group, the majority of which were mild in severity.

“Achieving a statistically significant histology endpoint has proven to be an extremely high bar in clinical trials for NASH,” said Intercept president and CEO Jerry Durso in the Intercept statement. “These results demonstrate the antifibrotic effect of OCA and are consistent with our belief that OCA can be an important treatment for people living with fibrosis due to NASH.

“The weight of evidence in both safety and efficacy has notably increased and provides a more robust benefit:risk profile of OCA,” he added.

Durso says that the company will meet with the FDA later in July to discuss resubmission of the Intercept NDA for OCA in NASH fibrosis. 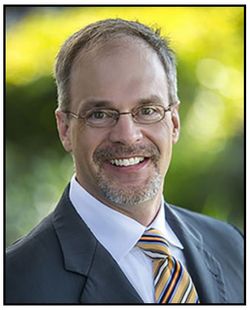 Licogliflozin, a SGLT-1/2 Inhibitor, Shows Potential for Treatment of NASH