Opioid Mortality on the Rise in US Children

Most data on US opioid-related deaths come from adults, but a recent study shows pediatric opioid deaths are on the rise at an alarming rate.

Despite increasing awareness and aggressive public health measures, the opioid epidemic continues to claim thousands of lives in the US alone. However, most data on opioid-related deaths in the US come from adults with one population being overlooked: children. Pediatric opioid deaths are increasing at an alarming rate. Exactly how many children are dying each year from opioids and how are those rates changing? Click through the slideshow below for information from the first nationwide study on pediatric opioid deaths. The results may just change both the medical and public perception of the opioid crisis.

Opioid Deaths in US Children. Most data on US opioid-related deaths come from adults, however, the epidemic is increasingly affecting children. Around 5000 children aged <6 years were seen for opioid exposure in the ED from 2010 to 2013.1 Pediatric hospitalizations for opioid poisoning almost doubled between 1997 and 2012.2

Death from Synthetic Opioids, Heroin High in Older Teens. Death rates in those aged 15-19 years increased for synthetic opioids (2925%), heroin (405%), and prescription opioids (94.7%). Synthetic opioids caused about 1 in 3 deaths in this age group with almost half occurring between 2014 and 2016. Heroin caused 1 in 4 deaths in this age group as well.

Youth Tobacco Use in America: An Update 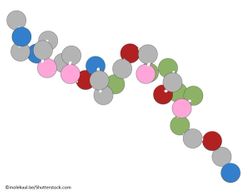 Liraglutide Receives FDA Approval for Treatment of Obesity in Adolescents 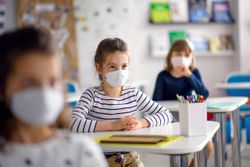 Study: Children Found to be “Silent Spreaders” of SARS-CoV-2