A PAINWeek 2016 expert panel gave attendees behind-the-scenes insight into the process behind the CDC's final recommendations.

Panelists in a session at the Painweek 2016 conference, ominously titled "If 6 were 9: The CDC's Prescribing Guidelines and the Veil of Secrecy," offered a critical view of the recommendations in the opioid prescribing guideline issued in March, and the process used to develop them.

The panelists claimed that there had been procedural errors in the open hearings and too few pain treatment stakeholders in the development committees (veil of secrecy), as well as arguable conclusions (if 6 were 9) and unintended consequences.

They did not question the good intention of the guideline, expressed in its introduction:

The guideline is intended to ensure that clinicians and patients consider safer and more effective treatment, improve patient outcomes such as reduced pain and improved function, and reduce the number of persons who develop opioid use disorder, overdose, or experience other adverse events related to these drugs.

The panelists warned, however, that the guideline recommendations could be problematic for its intended audience of primary care clinicians who are treating patients with chronic pain in outpatient settings, as well as for their patients who may face additional obstacles in obtaining necessary analgesics.

In opening the If 6 were 9 session, panel moderator, Steven Ziegler, PhD, JD, Associate Professor, Indiana University-Purdue University, Fort Wayne remarked, "One of the remarkable things the panelists will comment on was that the CDC made very strong recommendations based on very weak evidence."

Alluding to the first panelists presentation, Ziegler wryly added, "The CDC guidelines, like the war on drugs, has quite the history."

That history took some dubious turns, according to panelist Steven Stanos, DO, Medical Director, Swedish Health System, Seattle, Washington. He credited the origins of the guideline to a citizens petition to the FDA by the group Physicians for Responsible Opioid Prescribing (PROP), which at the time was associated with Phoenix House addiction treatment centers. The PROP petition included deleting the term "moderate" from the opioid indication for non-cancer pain; establishing a maximum daily dose, equivalent to 100 mg of morphine for noncancer pain, and a maximum duration of 90 days of continuous daily use for noncancer pain.

Stanos indicated that PROP members were subsequently included on the CDC development committee, with insufficient other voices to balance their view, and ultimately prevailed in producing a document that includes dosage and duration ceilings despite remaining controversy around both.

Stanos pointed to the FDA response to the PROP petition, as an indication that an imposition of such ceilings may not have a basis in the data or clinical experience with treating chronic pain patients.

"The FDA put together, I thought, a very good response to PROP, which I think all … providers should be aware of," Stanos said.

In the FDA's September 2013 letter to Andrew Kolodny, MD, President of PROP, from Janet Woodcock, MD, Director Center for Drug Evaluation and Research, the agency indicated that the petition "is granted in part and denied in part." The FDA response included the following:

âº For chronic pain, it is difficult to ensure subject participation in controlled trials beyond 12 weeks. FDA is not aware of adequate and well-controlled studies of opioid use longer than 12 weeks.

âº There is a relationship between increasing opioid dose and risk of certain AEs (adverse effects). Available information does not demonstrate relationship is necessarily a causal one.

âº Point of (dose) at which increase in deaths changes benefit to risk assessment cannot be determined. Dose-response relationship should be analyzed treating opioid use as a continuous variable.

âº Cited data on long-term opioid use and addiction do not establish a threshold for maximum duration of use.

The FDA's position is reflected in the current labeling of extended release/long acting opioids, Stanos pointed out, which includes the statement that they "are indicated for the management of pain severe enough to require daily, around-the-clock, long-term opioid treatment and for which alternative treatment options are inadequate."

Stanos considers one of the most egregious missteps by the CDC in developing the guideline was to decide that the absence of randomized controlled trials exceeding 12 weeks meant that there is no evidence that opioids are effective for chronic pain. He notes that the FDA has not required drug sponsors to conduct randomized controlled trials for longer than 12 weeks, and that it would not be an appropriate design for chronic pain subjects.

"Studies that don't exist, and then saying there's no evidence," he declared, is ignoring the data on opioid effectiveness that is available.

Indiana-Purdue University’s Ziegler concluded the session by indicating "there is hope" for maintaining the integrity of pain management practice, and cited the recent passage in Congress of the Comprehensive Addiction Recovery Act.

Ziegler hopes this process will include voices that were not heard in the development of the CDC guideline, but acknowledges there is a cloud inside this silver lining: although Congress passed the Act, it has yet to approve funding. 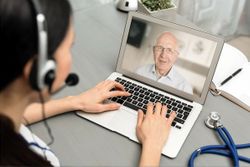