Professional groups disagree on the need for universal lipid screening in pediatrics. Where do you stand?

A new Mayo Clinic study has found that lipid testing in teens hasn't changed much despite a 2011 recommendation from the American Academy of Pediatrics (AAP) and National Heart, Lung and Blood Institute (NHLBI) advising universal lipid screening in this age group. Results were published in the December issue of Preventive Medicine Reports.1

The study is the first to evaluate changes in lipid testing in teens and children since the 2011 recommendation. Specifically, the AAP and NHLBI recommendations called for universal screening in children aged 9-11 years, and 17-21 years.2,3 Since then, however, the guidelines have remained controversial. Opponents argue that data is still lacking on whether early detection of dyslipidemia in childhood impacts later development of ASCVD, with some suggesting that childhood lipid screening may have low predictive value. Also, the psychological impact of early diagnosis may be of concern.  In 2016, the US Preventive Services Task Force (USPSTF) stated that insufficient evidence exists to recommend for or against pediatric lipid screening.4

To understand how this controversy has affected lipid testing, researchers conducted a database study in Olmstead County, Minnesota between January 2008 and December 2014. The study included data from 51,176 individuals aged 2-21 years. Results were adjusted for age, gender, race/ethnicity, and insurance.

Blacks and Hispanics compared to whites, and those with private insurance compared to public insurance were significantly more likely to receive lipid testing (p<.001 for all). There were no significant differences in testing based on sex (p=0.0717). First author Swetha Sriram, MD, of the Mayo Clinics (Rochester, MN), and colleagues discussed several reasons for low rates of screening. These include provider factors, such as resistance to universal screening and discomfort treating lipid disorders in children, and system factors such as lack of insurance reimbursement.Also, lag time between publication of the guidelines and uptake into clinical practice may be involved.

Ultimately, the authors concluded: “The low rates of lipid testing in our opinion to a large extent arise from the lack of consensus among expert groups including the US Preventive Services Task Force and health care providers regarding the justification for universal screening.”

They mentioned several limitations. The study lacked data on BMI and clinical indications for lipid testing. So it could not distinguish between screening and tests done as part of clinical management for familiar hypercholesterolemia or obesity. Also, the study sample was predominantly white, middle-class individuals living in the Midwest, and results may not generalize to other groups. 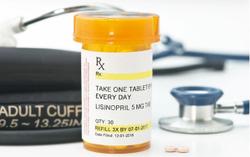