“Primary care is a health context where millions of interactions between patients and health professionals take place every month. This review has highlighted the critical role that health professionals in primary care can have in supporting the public to increase their physical activity,” wrote authors led by Victoria Kettle, PhD, research associate, Centre for Lifestyle Medicine and Behaviour, School of Sport, Exercise and Health Sciences, Loughborough University, United Kingdom.

Kettle and colleagues reviewed 51 randomized controlled trials (RCTs) that examined aerobic-based physical activity interventions delivered or prompted by health professionals in primary care and included a usual care control group or another control group that did not involve exercise.

Most of the trials were conducted in the US, UK, the Netherlands, and Spain and had primary care clinicians deliver the exercise interventions. Of the interventions, approximately half (23) were delivered in multiple brief sessions, 18 were intensive, and 10 were brief. The primary outcome was the difference between the groups in MVPA (minutes/week) from baseline to follow-up. The likelihood of participants meeting MVPA guidelines (according to the guidance used in the individual randomized controlled trial) at follow-up was also assessed.

The MVPA meta-analysis included 46 RCTs with 16 198 adult participants and follow-up ranging between 3 and 60 months. Results showed that physical activity interventions delivered or prompted by clinicians in primary care increased MVPA by 14 minutes/week (95% CI, 4.2-24.6, P=.006), though investigators noted heterogeneity between studies was substantial (I2=91%; P<.001).

In addition, physical activity interventions increased the odds of participants meeting MVPA guidelines by 33% (95% CI, 1.17-1.50, P<.001; I2=25%, P=0.11) compared with controls. Although 14 of the 46 studies were at high risk of bias, the team found excluding them in sensitivity analyses did not alter the results.

“This review found that patients randomised to a physical activity intervention delivered by health professionals in primary care weighed 1 kg less than control groups at follow-up,” added researchers. “While a difference of 1 kg might appear small, this finding should be considered in the context that adults typically gain around 0.5-1 kg/year, which can contribute to the development of obesity.”

Study limitations include the fact that self-reported measures might overestimate physical activity as well as usual care included brief exercise advice from a primary care clinician in some RCTs, which could have impacted the results. 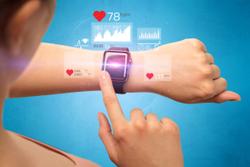