Time spent in systolic blood pressure (SBP) target range among adults with hypertension is an independent predictor of major adverse cardiovascular events (MACE), according to a new post-hoc analysis of the SPRINT trial published recently in the Journal of the American College of Cardiology.

The analysis revealed that in a cohort with hypertension and at increased cardiovascular (CV) risk, greater time in systolic target range (TTR) was associated with decreased MACE; the association was independent of traditional CV risk factors and persisted after adjustment for mean SBP and SBP variability.

In the original SPRINT trial, BP was measured at monthly intervals for the first 3 months, then every 3 months unless target BP had not yet been achieved, or medication intensification occurred. TTR in the current study was estimated over the first 3 months of follow-up by linear interpolation. Investigators used adjusted Cox proportional hazards regression models to examine the association between TTR and major CV events and compared them to mean SBP and SBP variability.

The association between TTR and MACE also persisted among study participants with mean SBP at or below target.

With the caveat that TTR will need to be validated in prospective studies using larger, more general populations not participating in BP management trials, the authors concluded that: “These results suggest that time in target range provides incremental value beyond mean systolic blood pressure to population-based hypertension quality monitoring and clinical trial-based blood pressure interventions.” 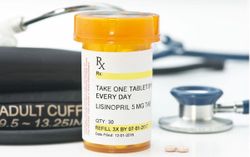