The large survey found that 9 out of 10 patients believe their pain levels and quality of life have worsened under the CDC's 2016 opioid prescribing guideline.

Findings from a large new survey of patients and health care providers reveal that many believe the US Centers for Disease Control and Prevention (CDC) 2016 opioid prescribing guideline failed to reduce addiction and overdoses and should be revoked.

The survey, which included more than 4000 patients and providers, was conducted by Pain News Network, an independent, non-profit news organization.

"This is the fourth survey we've done on the CDC guideline. Each year the findings grow more disturbing, with patients desperate for pain relief or simply giving up on life," said Pat Anson, the founder and editor of Pain News Network, in a press release.

"Nine out of ten patients say their pain levels and quality of life have grown worse since the guideline came out. Many of their stories are heartbreaking. Patients with pain are the unrecognized victims of the opioid crisis and are being blamed for something they did not cause,” continued Anson.

The survey was conducted online and through social media from March 15 to April 17, 2021—which is also the 5-year anniversary of the 2016 guideline.

The 2016 guideline mainly discouraged physicians from prescribing opioid pain medication, and while voluntary and intended for primary care physicians, the guideline has become the standard of care for pain management in the US, according to Anson.

The goal of the guideline was to, “improve the safety and effectiveness of pain treatment, and reduce the risks associated with long-term opioid therapy,” however, survey respondents overwhelmingly said the CDC failed to achieve its goals.

Approximately 97% of survey respondents said the guideline has not improved the quality of pain care, and 92% said it has not reduced opioid addiction and overdoses.

“In 40 years as a pain specialist, I have never seen patients with pain (acute, chronic and cancer) so mistreated, abandoned and unable to access pain treatment as a direct result of the CDC Guidelines,” said one physician participant.

“These guidelines have done more damage to acute and chronic pain patients than I have ever seen in practice. This is a decision between providers and patients, and federal government needs to stay out of it,” said another physician participant.

The survey also revealed that in the 5 years since the 2016 guideline:

The CDC is preparing to update and possibly expand the guideline to include recommendations for the treatment of short-term acute pain, migraine, and other pain conditions (eg, fibromyalgia and low back pain). A draft version of the update guideline is expected later in 2021, noted Anson in the press release. 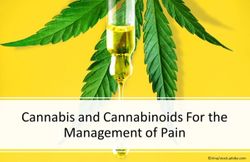