A new study challenges traditional criteria for patient selection for metabolic surgery, demonstrating significant weight loss and disease remission for those with BMI of 30-35.

In patients with Class 1 obesity undergoing weight loss surgery, average weight loss was up to 20% of initial BMI and the likelihood of being in remission from type 2 diabetes reached 45% at 2 years post-procedure. The findings were presented over the weekend during the American Society for Metabolic and Bariatric Surgery’s (ASMBS) 2021 Annual Meeting.

Bariatric surgery is proven to improve or even resolve disease, including T2D, hyperlipidemia, and hypertension and the resulting weight loss is sustained for many, according to a ASMBS statement. The study’s findings are drawing attention because, based on traditional criteria, the procedures have largely been reserved for those with a BMI ≥35 kg/m2 and at least one obesity-related disease.

Insurance companies, the ASMBS notes, still follow guidelines developed in 1991 by the National Institutes of Health that suggest bariatric surgery be considered for patients with BMI >40 or “in certain instances” in patients with BMI 35-40 who also have a serious obesity-related condition.

Altieri and ECU colleagues used anonymous patient data from a single clinic system’s national electronic health record database to identify adult patients undergoing Roux-en-Y gastric bypass (RYGB) and sleeve gastrectomy (SG). Patients in the 2 groups were compared in terms of resolution of comorbidities and weight loss at 3 years following surgery. Using a mixed effects model, investigators adjusted for type of surgery, number of quarters since surgery when averaged measurements were taken, and interaction between the 2 variables.

Patients in both groups lost up to 20% of their initial BMI. Being younger, a woman, and having an obesity-related comorbidity were associated with greater weight loss.

When the 2 groups were compared, investigators found no difference between the BMI trajectories and remission from T2D.

“The evidence continues to mount that people with lower BMIs can benefit from metabolic and bariatric surgery,” said Matthew M. Hutter, MD, MPH, president of the ASMBS and professor of surgery at Harvard Medical School, who was not involved in the study. “This warrants a reevaluation of patient selection criteria so that all those who can benefit, have access to this lifesaving treatment.”

An estimated 256 000 bariatric surgeries were performed in 2019, according to the ASMBS, which represents <1% of the currently eligible surgical population by BMI. 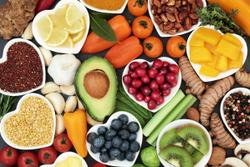 Diabetes Drugs and Cardioprotection: A Summary for Primary Care