ANN ARBOR, Mich., Dec. 29 -- Surgery for renovascular hypertension in children is nearly always successful in curing or improving the high blood pressure, according to surgeons here.

In a retrospective analysis of the treatment of 97 children -- involving 132 primary and 30 secondary operations -- physicians achieved a cure in 70% of cases, said James Stanley, M.D., of the University of Michigan Cardiovascular Center, and colleagues.

And in 27% of the patients, the surgery improved the high blood pressure, although falling short of a complete cure, Dr. Stanley and colleagues reported in the December issue of the Journal of Vascular Surgery.

The study is the largest series ever reported, the investigators said.

Renovascular hypertension, the third most common cause of serious hypertension in children, often occurs as a result of developmental stenoses in the renal arteries. In some cases, the nearby section of the aorta is also stenotic.

In this study, 80% of the renal artery stenoses were developmental, the researchers reported, and the aorta was narrowed in 33% of the children.

"This is a rare condition, but one that can be catastrophic if it's not found and treated appropriately," Dr. Stanley said. "But the good news is that it is highly treatable with the help of an experienced diagnostic, surgical, and medical team."

For the study, which covered the period from 1963 to 2006, a cure was defined as having normal blood pressure for at least six months without taking anti-hypertensive medications.

Improvement was defined as having normal blood pressure while on medications other than angiotensin converting enzyme (ACE) inhibitors, or having a diastolic pressure higher than normal but 15% lower than preoperative levels.

The analysis found that boys were more likely to have renovascular hypertension -- there were 58 boys and 39 girls among the patients. The sex difference was most marked among children with co-existing aortic narrowing -- 21 boys and 11 girls.

Because of the age of the patients, the researchers said, stents and artificial grafts are a poor surgical choice. Instead, the physicians prefer to use autologous vascular grafts.

However, Dr. Stanley and colleagues cautioned, arteries are better than veins, because even carefully prepared autogenous veins can develop aneurysms later. The Michigan team no longer uses autogenous veins, they said.

They noted that procedures and techniques have changed over the years, with a current preference for single-staged procedures.

While the surgery is usually successful in the hands of experienced physicians, the technical challenges are daunting, especially in infants and young children, where the renal arteries can be less than 2 mm in diameter, Dr. Stanley and colleagues said.

"Renal revascularization in these circumstances should be pursued only when uncontrolled severe hypertension or renal failure threaten the patient," they said. 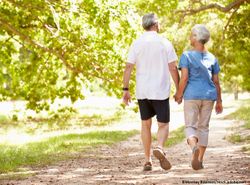