Common eye diseases such as glaucoma, cataract, and age-related macular degeneration (ARMD) (Figure) can have significant systemic ramifications. Recent studies have found that these eye diseases may herald the onset of various types of physical and mental impairment, especially in elderly persons.

Common eye diseases such as glaucoma, cataract, and age-related macular degeneration (ARMD) (Figure) can have significant systemic ramifications. Recent studies have found that these eye diseases may herald the onset of various types of physical and mental impairment, especially in elderly persons.

In the Age-Related Eye Disease Study (AREDS), patients with advanced ARMD in both eyes that resulted in reduced visual acuity had poorer average scores on cognitive examinations, despite adjustment for other risk factors.1 The AREDS group administered a cognitive function battery (6 neuropsychological tests) to 2946 participants. Mean scores declined with increased macular abnormalities and reduced vision (visual acuity worse than 20/40 in both eyes).

Cognitive impairment may include an acquired deficit in memory function, problem solving, orientation, and abstraction. This can further diminish the ability to function independently.

The results of AREDS may be explained by the following reasons:

Depression after stroke and myocardial infarction is a well-known problem. But depression in patients with ARMD may not always be recognized or treated. A recent study found that patients with ARMD who would not be considered depressed according to current diagnostic criteria may actually be minimally depressed and suffer decrements in visual function that cannot be accounted for by the severity of their eye disease or other disorders.2

Investigators studied 206 outpatients with newly diagnosed wet ARMD in one eye and preexisting ARMD in the other eye. They found that minimally depressed participants had significantly worse vision on 2 separate tests-one that measured self-reported visual function and the other that measured performance-based visual function, independent of severity of visual acuity impairment, contrast sensitivity, and medical status. The researchers felt that the excess disability of these minimally depressed participants reflected poor problem-solving skills, which prevented the patients from adequately compensating for their vision deficits. This was confirmed in the same study with the direct measurement of the participants' skills using the Social Problem-Solving Inventory (short form), a 2-item instrument. This study could not answer whether low levels of such skills represented lifelong characteristics, preclinical cognitive impairment, or simply preclinical depression.

In another study, researchers found that cataract removal did not boost cognitive function.3 In this longitudinal follow-up study, the charts of 301 patients were reviewed. Both groups of patients with cataract-those who underwent surgery and those who did not-had equal improvement in cognitive function between baseline testing and 1-year follow-up. It was thought that in taking the second test, the patients knew what to expect and performed better, giving a more accurate measurement of their cognitive function.

ARMD appears to share many risk factors with cardiovascular disease and stroke, such as smoking. In a study that included 10,405 patients, aged 49 to 73 years, almost twice as many patients with early-stage ARMD had a history of stroke, compared with those who did not have ARMD.4 The macular disorder was identified using retinal photographs. The study found early-stage ARMD in 498 patients and late-stage ARMD in 10 patients. During the 10-year study, 241 participants had a stroke. After adjusting for ethnicity, age, sex, and test site, those who had early-stage ARMD had a higher cumulative incidence of stroke than those who did not have ARMD (4.08% vs 2.14%). 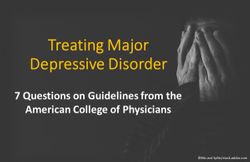 Treating Major Depressive Disorder: 7 Questions on Guidelines from the American College of Physicians 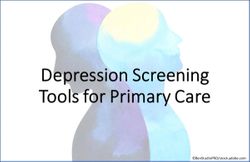