"Beyond hypertension, higher BPV is a major clinical predictor of cognitive impairment and dementia," conclude authors of a new study.

Blood pressure variability (BPV) from visit-to-visit is associated with cognitive decline and dementia, according to a new study published in Hypertension.

Researchers led by Laure Rouch, PhD, PharmD, Paris Descartes University in France found that higher visit-to-visit systolic and diastolic BPV as well as variability in mean arterial pressure (MAP) were all associated with poor cognition and increased risk of dementia. There was an association observed between baseline blood pressure values and poor cognition but not with increased risk in dementia.

It is only recently, the authors note, that the clinical relevance of BPV has been considered. "However, over the past decade, higher BPV has been increasingly recognized as a predictor of clinical events, such as stroke, myocardial infarction and cardiovascular and all-cause mortality," the authors wrote. "BPV has also been associated with lower hippocampal volume, presence of cerebral microbleeds, cortical infarcts, and white matter hyperintensities.”

“Our results emphasize the importance of focusing not only on blood pressure values but also on visit-to-visit BPV that could be an even better marker to identify patients at risk for developing cognitive impairment and dementia,” the authors wrote. “Further studies are needed to assess whether controlling blood pressure instability could be a promising interventional target in preserving cognition among older adults.”

Is There Room for TikTok in Medicine? A Young Clinician Explains 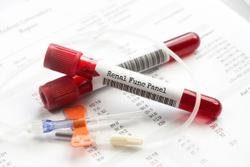