We Have Too Many Specialists and Too Few General Practitioners

"Primary care docs should be paid more, specialists less. More reimbursement for talking...less for testing and procedures." And, there's more.

Unfortunately, doctors no longer know their patients. GP'S are overworked, underpaid, and must shuttle patients in and out of the office in less than ten minutes. Specialists tend to treat the test, not the patient, and earn their living doing procedures that often are unnecessary.

Wherever I travel around the world, I find the same problem-too few GP's, too many specialists. The doctor/patient relationship has lost its healing power. Doctors are too busy doing the wrong things. Patients have been reduced to a collection of lab test results.

Medical mistakes are far too common because each specialist is treating (or more likely over treating) her own pet organ. No one is considering the whole patient to organize a global, integrated, safe, and effective treatment plan.

The less time doctors spend talking to patients, the more unneeded, costly, and often harmful are the tests and treatments they order.

How did medicine get so specialist-dominated and what forces prevent primary care from assuming its proper central role?

It all started with the Flexner report in 1910. Previously, medical education in the United States was a disorganized mess that promoted, rather than prevented, quackery. Rarely has one report had so much influence. Admission and graduation requirements became stringent. Medical education was based more on science, less on anecdote. Medical school teaching was standardized and quality controlled. More than half of the existing medical schools were closed.

The Flexner reform of medical education resulted in such quick and dramatic improvements that soon the new US model became influential throughout the world.

But there was a serious flaw in this otherwise wonderful and foundational medical reform-a flaw that now haunts and distorts medical education and practice throughout the world.

Flexner based his ideal model on the medical school at Johns Hopkins University, then and now a leader in medical education. Hopkins was one of the first universities in the US and placed great emphasis on departmental specialization and research productivity.

Primary care is best at the unglamorous and financially unrewarding task of taking good care of patients. Primary care is worst at promoting institutional prestige and profit.

Fadi Munshi is the Director of Postgraduate Medical Education at the Saudi Arabia Commission for Health Specialties. I have asked Dr Munshi to discuss the imbalance in medical education and what can be done about it.

Dr Munshi writes: "In 1961, almost half of US physicians were general practitioners; by 2014 the fraction had declined to one third.

The extreme shortage of primary care doctors around the world requires a strategy that addresses the workforce needs of each country, not just the preferences of its medical schools and training hospitals.

Medical education at all levels is oriented to producing specialists, not primary care doctors. Most medical schools focus on hospital-based training and student testing organized around the various specialties. The curriculum plays a vital role in shifting the focus toward specialized training in hospitals and away from primary care conducted in the community.

Postgraduate residency training is also becoming more and more sub-specialized. Typically, my fellow endocrinologists who have spent 10 years or more in medical training will wind up treating only those patients with very specific, and often incidental, thyroid problems. No wonder we so overtreat thyroid disease and undertreat so many more urgent medical problems.

The optimal ratio of primary care doctors to specialists has not been precisely determined, but a system in which at least 50 to 60% of the physicians are primary care doctors is likely to have better health outcomes, fewer medical mistakes, lower cost, and higher patient satisfaction.

This is what patients want and deserve-easy access to health care; time enough with the doctor to know what's going on and participate in decisions; lower cost, and a workforce that is well distributed by specialty mix. When the health care is dominated by specialist practice, families are not regularly followed up by a primary care physician and treatments become atomized. This also places a burden on secondary and tertiary care doctors to do primary care work they are poorly trained to provide and substantially increases the overall cost of health care.

Undergraduate programs should promote a generalist competency-based approach in both teaching and testing. Clinical rotations should be more focused in primary care centers in the community, not specialty training on hospital inpatient units.

Medical school testing should be comprehensive and integrated, instead of the current common practice of administering exams based on discipline. A typical patient does not present to a doctor with a label on his forehead that says ‘I am a surgical case.’

Postgraduate medical education programs should also increase the flexibility of primary care training programs, in both their duration and design. A number of countries are experimenting with new models. Canada shortened family medicine residency training programs to two years. In Cuba, every physician must complete a 3-year family practice residency after 6 years of medical school. Only 30% of students specialize further.

The decision whether to raise the ratio of primary to specialist doctors is too important to be left to the medical schools and specialist training programs. They have an inherent conflict of interest toward specialty care. The public health of any country should come first and the incentives of medical schools and training programs should be aligned with the health needs of the country and the interests of the patients.”

Thanks so much, Dr Munshi, for your clear analysis and practical suggestions for change: medical education should be patient- (not procedure-) centered; be more in community than hospital; focus on risk/benefit; focus on the needs of the country, not the medical institutions; and teach “First, Do No Harm.”

The future is unclear. The promise of high-tech medicine has never been greater, its actual performance has never been worse. We need to balance the real wonders and exaggerated hype of advancing medical science with a common sense appreciation of its risks and costs. We need to return the patient to the center of medical treatment, not focus so exclusively on mindless testing and procedure-driven medicine.

And most obviously we need to change financial incentives. Primary docs should be paid more, specialists less. More reimbursement for talking to patients, less for testing and procedures. Disincentives for overtreatment; incentives for right care. If primary care doctors were paid according to their worth, there would be lots more of them. 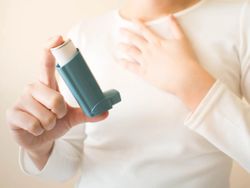 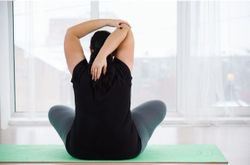