What Rx for Twisted Ankle Pain?

The 35-year-old man is a new patient for you. He says he was given Vicodin when he had a similar injury a number of years ago. How do you proceed?

You are seeing a 35-year-old man whom you have not treated before. He reports that 5 days ago he twisted his left ankle while playing softball. When he continued to have marked pain the next day, he went to the emergency department of a local hospital. An X-ray was taken there and was negative. He was sent home with recommendations to rest, elevate the foot, ice, and to use acetaminophen or ibuprofen for the pain. He was instructed to follow-up with his primary care physician.

He tells you that he has tried both medications and although the pain has been reduced a little, it is still significant and he needs to return to his job in a warehouse which requires a fair amount of walking.

He has no primary care physician as he has been in good health and has never felt the need to have one. A friend of his who is a patient of yours recommended you. His only health problem is a history of depression for which he takes paroxetine 40 mg once daily, prescribed by a psychiatrist.

He reported that about 10 years ago he was prescribed a painkiller for a similar problem and it worked well. He believes it was Vicodin and recalls that he only had to take it for about 10 days before no longer needing it. He denies using any opioids since either for medical reasons or recreationally. He does report occasionally smoking marijuana.

You check your state prescription drug monitoring program and find that he has not received any prescriptions for opioids. With his permission you contact his psychiatrist who says she has followed the patient for about 5 years and he has done well with paroxetine but that when she has tried to discontinue it, the depressive symptoms have returned.

The results of your physical exam reveal a slightly swollen left ankle with some tenderness to palpation. It is apparent that the patient is in discomfort when he walks.  You decide that a brief course of an opioid analgesic is indicated.

1. Based on his current problem and history, which of the following would most likely be effective for his pain?

Please click here for answer and continuation of case.

All the other medications listed are metabolized to their analgesic forms by the hepatic cytochrome P450 2D6 enzyme system.1 Becuase paroxetine is a major inhibitor of this system, there is a strong possibility that the level of analgesia provided by any of the other medications would be reduced. Oxymorphone is the metabolite of oxycodone and therefore would not be affected.

As the patient did do well previously with hydrocodone/acetaminophen, however, it also would be worth asking him if he was on paroxetine or any other 2D6 inhibitor at the time he last took it. If he was and the hydrocodone was still effective, then this would be the best choice.

The patient informs you that he wasn't on paroxetine or any other antidepressant when he used the Vicodin, so you decide to prescribe oxymorphone.

2. Which formulation of this medication would be the best choice?

Please click here for answer and continuation of case.

Because of the nature of the injury, the pain is likely to be limited to a relatively brief period. Since LA/ER opioids usually take several days to attain maximum analgesia, the worst of the pain will probably have passed before he can benefit from the formulation.

You provide a prescription for SA/IR oxymorphone 10 mg, every 4-6 hours as needed for pain, #30. The patient notes the amount and realizing that this is only enough for at most a week, he asks if you could write for at least two weeks’ worth of pills so that he won't have to take the time or spend the money to come see you again if he still needs the medicine after the first week.

3. What is the most appropriate response?

A. Change the prescription to the higher number of tablets

B. Tell him it is against the law for you to prescribe more

C. Tell him that if he is still having marked pain after one week, he should return to see you again for further evaluation.

D. Tell him that if he is still having marked pain then, he should go back to the emergency department.

Answer: C. Tell him that if he is still having marked pain after one week, he should return to see you for further evaluation.

Even though there is nothing to indicate the patient is an opioid abuser or that he would do anything illegal with the medication, this is your first time seeing him so it would be best to err on the conservative side. Most likely the pain will resolve sufficiently over the week so that he will no longer need the opioid. You should be open and honest with patients when informing them of this. 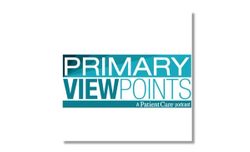