Primary care physicians are called upon to assess risk in patients undergoing a variety of surgical procedures. In some ways, perioperative medicine is quickly evolving into a “subspecialty” of its own. Recently, Jaffer and associates1 updated the area with new data accumulated over the past 2 years.

Primary care physicians are called upon to assess risk in patients undergoing a variety of surgical procedures. In some ways, perioperative medicine is quickly evolving into a “subspecialty” of its own. Recently, Jaffer and associates1 updated the area with new data accumulated over the past 2 years.

ACC/AHA GUIDELINES FOR CARDIAC RISK ASSESSMENT FOR NONCARDIAC SURGERY
Updated risk assessment. Three areas of the previous (2002) guidelines from the American College of Cardiology/American Heart Association (ACC/AHA) were updated in the most recent guidelines2:

Preoperative cardiac revascularization. A study demonstrated that this contingent of positive noninvasive testing for coronary disease does not benefit even “high-risk” patients who undergo vascular surgery.3 Less invasive preoperative testing and fewer preoperative invasive interventions (percutaneous transluminal coronary angioplasty or bypass), coupled with appropriate perioperative use of β-blockers, are recommended. Even patients with abnormal dobutamine stress echocardiograms can have good outcomes after surgery without interventional techniques. Revascularization is recommended only for those patients with 5 or more abnormal segments on dobutamine stress testing.3

Perioperative -blockade. Questions remain about perioperative use of β-blockers, especially in patients who were not taking them before surgery. In fact, the Perioperative Ischemic Evaluation (POISE) Study Group (a cohort of patients 45 years or older with atherosclerotic heart disease or risk factors who were undergoing noncardiac surgery) demonstrated that metoprolol (extended release, 200 mg) reduced myocardial infarctions, but at the expense of strokes and overall mortality.4

Jaffer and associates1 commented that it remains unclear which groups of β-blocker–naive patients would benefit from perioperative β-blockade. The large dose of β-blocker used in the POISE study can often cause hypotension in such patients. However, if patients take β-blockers routinely, these agents should be continued during the perioperative period.

Recently, the ACC/AHA updated their guidelines for the perioperative use of β-blockers in light of the POISE results.5

STATINS TO THE RESCUE ONCE AGAIN
In 359 patients undergoing vascular surgery (aortic aneurysm, peripheral vessel bypass, or carotid surgery), those who received higher-dose statin therapy had lower rates of myocardial ischemia and troponin T elevations.6 The bottom line: statin use is reasonable for patients undergoing vascular surgery.1 The study showed that the lower the low-density lipoprotein cholesterol level, the lower the risk of ischemia.

PREDICTING PERIOPERATIVE RISKS FROM RESPIRATORY, RENAL,OR HEPATIC COMPLICATIONS
Risk scores were published to predict (and hopefully prevent) respiratory, renal, and liver complications during the perioperative period. The respiratory predictor identified 28 variables associated with respiratory failure.7 That is a large number to contend with. Hopefully, with further study, the tool can be abbreviated for day-to-day clinical efficiency.

In regard to liver disease, newer data support the Model for End-Stage Liver Disease (MELD) score as a predictor, replacing the Child-Pugh score.9 The study demonstrated that age older than 70, increasing MELD score, and American Society of Anesthesia class correlate with mortality for patients with liver disease in the perioperative period. A single point increase in the MELD score between 30 to 90 days postoperatively is associated with an increase in mortality of 14%.

OUR EXPANDING ROLE AS RISK ASSESSORS
Primary care physicians no longer “clear” patients for surgery. We assess risk and discuss our findings with surgeons and patients, who then decide whether the risks are acceptable weighed against the benefits of the proposed surgery. 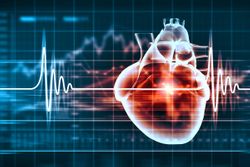