Woman With a History of Breast Cancer

A 47-year-old woman who has a history of breast cancer returns to your officefor a routine examination. She has questions about what constitutes optimalfollow-up care for breast cancer survivors; she has read and heard conflictingrecommendations.

A 47-year-old woman who has a history of breast cancer returns to your officefor a routine examination. She has questions about what constitutes optimalfollow-up care for breast cancer survivors; she has read and heard conflictingrecommendations.

HISTORY
One year earlier, palpation and mammography revealed a small mass inher left breast. At a regional cancer center, a 4-cm tumor was resected withnegative margins; the tumor was estrogen receptor-positive, and 1 of 20 lymphnodes was also positive. The results of investigations for metastatic diseasewere negative.

After she underwent lumpectomy, she received adjuvant chemotherapy (a6-month course of doxorubicin and cyclophosphamide) and localized radiationto the affected breast. She was also given tamoxifen, which she continues totake.

Her therapy has resulted in some menopausal symptoms, such as hotflushes, and her menstrual cycles are irregular, but she has not had any sexualproblems. She has 3 children, aged 17, 12, and 7 years.Before breast cancer was diagnosed, she was healthy and had no significantmedical disorders. She now feels ready to return to work.

PHYSICAL EXAMINATION
The patient appears healthy. Vital signs are normal. No enlarged lymphnodes are evident in the neck or supraclavicular or axillary regions. The mastectomywound on the left chest has healed well, without induration, ulceration,or nodularity. The right breast has no masses or induration. The remainderof the examination is normal.

Which of the following is not recommended for this patient?A. Yearly surveillance mammography to detect a second primary lesion inthe contralateral breast.
B. Yearly pelvic examinations to detect therapy-related endometrialcarcinoma.
C. Yearly detailed blood and radiology studies (including chest x-ray filmsand bone scanning) to detect recurrence.
D. A nonhormonal method of contraception if she does not wish to becomepregnant.

CORRECT ANSWER: C
More than 2 million women in the United States have ahistory of breast cancer.1 Most authorities recommendthat follow-up care for these patients include:

Although it seems somewhat counterintuitive, detailedyearly laboratory and radiographic studies (choiceC) are not indicated in this setting. Breast cancer mostoften recurs within the classic 5-year window, and studieshave demonstrated that 75% of recurrences manifest withsigns detectable on physical examination.

All types of intensive routine surveillance, includinglaboratory and radiologic studies, detected metastatic diseasein only 15% to 25% of patients before symptoms orsigns were found on physical examination.2,3 Moreover,randomized trials have shown that earlier detection had noeffect on survival..2,3 Therefore, current American Societyof Clinical Oncology guidelines do not recommend routinelaboratory or radiologic studies other than mammographyin women who have survived early-stage breast cancer.1

Patients with a history of breast cancer have a 0.5% to1% per year increase in the risk of primary cancer in thecontralateral breast.4 As with breast cancer in general,early detection of a second primary cancer--while stillsmall and localized--results in an improved cure rate andgreater chance of survival. Annual mammography (choiceA) has a clear role in detecting these lesions.

This patient has received both chemotherapy andhormonal therapy; thus, she is at risk for associated latecomplications. For example, there is at least a 60% likelihood--perhaps even greater, because she is older than 40years--that the doxorubicin and cyclophosphamide shereceived will induce amenorrhea. In addition, tamoxifencarries an independent 30% risk of amenorrhea. However,the loss of fertility is not total; therefore, if the patient doesnot wish to become pregnant, nonhormonal contraceptivemethods are recommended until the status of her ovarianfunction has been definitively determined (choice D).5

Although tamoxifen is a classic estrogen antagonist,it has estrogen-agonist effects as well and increases therisk of endometrial cancer. The strongest data that demonstratethis increased risk are from studies of women whohad used tamoxifen for 5 years. This patient has taken thedrug for far less time; nonetheless, most authorities wouldrecommend monitoring with yearly pelvic examinations(choice B). 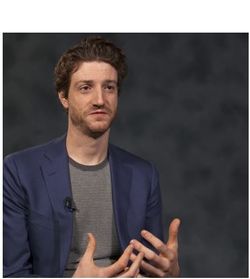 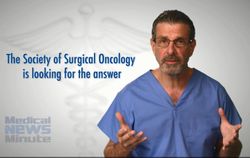 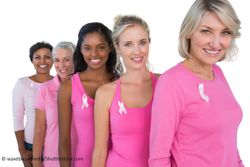