Is PAD as prevalent in women as in men? Does CAD present differently in women and men? Is coronary angiography the most accurate diagnostic modality for women? Find answers and more details, here.

Q1. What is known about peripheral arterial disease in women?A. A recent scientific statement by the American Heart Association and endorsed by the Vascular Disease Foundation reports that although the age-dependent prevalence of peripheral arterial disease (PAD) is lower in women than in men, the total disease burden among women is actually higher (based on results from the 2010 US census data).1 There is also a trend, yet to be validated, that suggests a higher rate of end-point events, such as cardiovascular mortality, all-cause mortality, and major coronary events for women than men among persons with an ankle brachial index (ABI) less than 0.90. The implication may be that the prognosis for women given a diagnosis of PAD is worse than for men.

It is now recognized that even though women experience more functional impairment as a result of PAD than men, they are less likely to undergo revascularization. For this reason, additional research is needed to explore whether there are important sex-based differences in clinical presentation or in the sensitivity and specificity of diagnostic tests used to assess PAD (eg, the ABI).

Many people of both sexes do not experience intermittent claudication, the classic symptom of lower extremity PAD, and older women in particular are more likely to be asymptomatic. Some studies have suggested that women in general are more likely than men to present with asymptomatic or atypical disease-a possibility that should heighten clinical awareness among primary care physicians. It is known that women with PAD experience more rapid functional decline than those without PAD; furthermore, women, particularly those of certain ethnicities, such as black women, are more likely than men to experience graft failure and limb loss, another fact that may point to a worse prognosis for women with this disease.

Female patients are more likely to obtain care from a primary care physician than male patients and the large burden of PAD among US women is reflected by the fact that they have as many as or more PAD-specific physician visits than men. Taken together, these facts demand a heightened awareness of the disease and an elevated index of suspicion in female patients who may have risk factors.

Q2. Does CAD present differently in men and women?

A. The frequency, presentation, prognosis, and treatment of stable angina differ in men and women. The primary care physician needs to understand and recognize these differences to tailor treatment appropriately. In addition to a higher incidence of angina in men, Hemingway and colleagues2 found that subtypes of angina also differed between the sexes. Women were less likely to have typical exertional angina than men and were much more likely to present with atypical symptoms, such as heartburn or dyspnea on exertion.

Yet, despite their disease burden and risk factors, women are less likely than men to have had prior non-invasive testing ordered by their primary physician before being referred to a cardiologist.2 Data from a tertiary care referral-based cardiology practice in Toronto3 revealed that women with established angina of any class (I to IV) had received significantly less non-invasive stress testing than their male counterparts by their referring internist. Interestingly, the cardiologists in the referral practice were much more likely to send women for non-invasive testing (40% compared with 25% for men).3

The diagnosis of CAD in women poses multiple challenges and may not be straightforward. Not only are symptoms more likely to be heterogenous and atypical, but non-invasive stress testing (such as ECG exercise testing) as well as invasive angiography are less sensitive modalities in women for detecting epicardial atherosclerosis.

Differences in presentation and characteristics can have prognostic implications. For example, women younger than 75 years with “test-positive” angina (as assessed by an invasive or non-invasive test) had a significantly higher adjusted coronary mortality than men in the same age group of 55 to 64 years (HR = 4.69 for women vs 2.40 for men).2 Therefore, presentation differences in angina subtypes may be a marker for variability in the pathophysiologic mechanisms and lead to differences in outcomes.

Q3. How can coronary angiography, considered the gold standard for diagnosing CAD, lead to false negatives in women? What additional diagnostic modalities exist for women?A. The pathogenesis of atherosclerosis in women is complex and very different from the process in men. A large proportion of women who have “normal” coronary arteries on angiography without any significant evidence of flow-limiting disease also have biochemical or imaging evidence of myocardial ischemia. In these women with “syndrome X”-who may have a concurrent positive exercise or thallium stress test-there is believed to be a dysfunction of coronary microvasculature and/or macrovasculature, that leads to abnormal vasospasms.4 Despite having a normal cardiac catheterization, these patients can have diffuse disease or disease of smaller vessels and should therefore undergo additional testing.

Select women from the Women’s Ischemia Syndrome Evaluation study underwent intracoronary adenosine-induced vasodilatation followed by measurement of blood flow reserve and coronary flow reserve.5 This test was able to detect microvascular dysfunction with 90% sensitivity and 89% specificity. Changes in diameter of the epicardial vessel indicated the presence of small-vessel disease with 79% sensitivity and specificity.

Intravascular ultrasound may be another modality for diagnosing disease in women, since atherosclerosis in women is much more likely to be homogeneous and diffuse than in men.

Q4. Should statins be prescribed for women?

A. Yes! A recent meta-analysis6  should definitively resolve this debate. There has been conflicting evidence from individual trials that has suggested that statins may not be beneficial to women. However, this is most likely a function of the under-representation of women in these studies. This leads to results that are underpowered to detect statistical differences with narrow confidence intervals.
In a large meta-analysis published in the Journal of the American College of Cardiology in January 2012,6 18 clinical trials of statins (including statin vs placebo or intensive vs standard statin therapy) with sex-specific outcomes were analyzed. With the inclusion of  more than 40,000 women from among 141,235 patients, these results were appropriately powered and detected a 19% relative risk reduction in cardiovascular events (including death) for women.6 This benefit was observed regardless of the control arm of the individual studies in the meta-analysis (placebo or standard-dose statin), baseline level of risk, endpoint studied, primary prevention, or secondary prevention.

On the basis of these compelling data, primary care physicians should actively prescribe statins for everyone with risk factors and indications-regardless of sex. 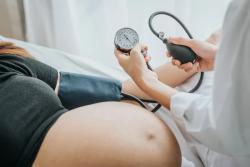 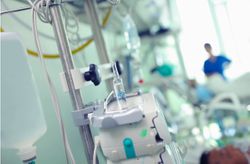