The Year in Cancer

BETHESDA, Md. -- Cancer therapy in 2006 was marked, as it is every year, by a string of hits and misses.

The hits came in the form of long-term follow up data on targeted therapies such as Gleevec (imatinib) for chronic myeloid leukemia (CML), encouraging data on Gleevec's successors, extended survival of patients with indolent lymphomas and glioblastomas, and the approval of a vaccine to prevent cervical cancer, the first cancer prophylactic vaccine to be approved by the FDA.

Among the misses were disappointing news about the failure of statins and omega-3 fatty acids as cancer preventives, continuing racial disparities in cancer survival rates, and poor follow-up of for colorectal cancer of patients with positive fecal occult blood tests.

The following is an overview of a few of the high and low points of cancer research, prevention, diagnosis, and treatment, with the exception of breast and prostate cancers, which earned their own retrospectives elsewhere on this site. For fuller accounts, links to the individual articles published in MedPage Today have been provided.

Racial Disparities in Survival
Bladder cancer is deadlier in blacks than whites, even when it is diagnosed early. The 10-year mortality rate for blacks with bladder cancer was 24% versus a 15% mortality rate for whites, reported Cheryl T. Lee, M.D., of the University of Michigan, and colleagues, in the September issue of the Journal of Urology.

Blacks -- especially black women -- had significantly lower survival rates than whites for every stage of localized or regional bladder cancer, they wrote. Ten-year survival in black and white patients with similar tumor stage and grade was consistently worse in black patients Survival was about the same for those with metastasis.

An adjusted multivariable model demonstrated a persistent survival disadvantage in black patients. And while bladder cancer is diagnosed at an earlier stage than it was a decade ago, blacks were still diagnosed with a later stage than were whites.

Childhood Survivors Not Out of the Woods
Long-time survivors of childhood leukemia and brain tumors, particularly those given cranial radiotherapy, are at a significantly greater risk for a stroke later in life compared with siblings, Dallas researchers found.

Late stroke rates among more than 4,800 leukemia survivors and more than 1,800 brain tumor survivors, compared with non-diseased siblings, showed that leukemia survivors had a nearly sevenfold relative risk for stroke, and brain tumor survivors had a nearly 30-fold risk, according to Daniel C. Bowers, M.D., and colleagues of the University of Texas Southwestern Medical Center, writing in the Nov. 20 issue of Journal of Clinical Oncology.

Glioblastoma Vaccine Significantly Extends Survival
A novel vaccine appears to sharply extend life expectancy in patients with glioblastoma multiforme (GBM), according to results of a phase II trial presented at the annual meeting of the American Association of Neurological Surgeons in San Francisco.

Median survival had not yet been reached for the 23 patients enrolled in the clinical trial, conducted at M. D. Anderson and at Duke University Medical Center, Dr. Heimberger said. By contrast, median survival is 14 months for patients with GBM who are treated with radiation and Temodar (temozolomide).

Monoclonal Antibody Gets Thumbs Up
In September, the FDA has approved Vectibix (panitumumab), a monoclonal antibody that targets the epidermal growth factor receptor (EGFR), for treatment of metastatic colorectal cancer.

The FDA granted Vectibix accelerated approval after a clinical trial of 463 patients demonstrated that the drug added about a month to average survival or disease progression time compared with patients who received standard care.

Advanced Colon Cancer Favors Men
Men are significantly more likely than women to have advanced colorectal cancer detected on colonoscopy screening, Polish researchers reported. This suggested that gender might play a role in how often the procedure should be done.

At all ages from 40 to 66, significantly fewer men than women would need to be screened to pick up one case of advanced colorectal neoplasia, found Jaroslaw Regula, M.D., of the Maria Sklodowska-Curie Memorial Cancer Center and Institute of Oncology, and colleagues.

"We found that sex is an independent predictor of the detection of advanced neoplasia during colonoscopic screening," they wrote in the Nov. 2 issue of the New England Journal of Medicine.

FOBT Follow-Up Failure
Nearly 40% of patients with a positive fecal occult-blood test (FOBT) did not receive appropriate follow-up tests, according to a large record review of VA patients.

In a review of 39,870 patient records from the Veterans Health Administration's ongoing quality-improvement program, researchers found that overall 61% of eligible patients had been screened with an FOBT, according to a study in the May issue of Diseases of the Colon and Rectum.

Of these, 313 patients had an abnormal test, but only 59% (185 patients) had follow-up diagnostic tests, such as colonoscopy or barium enema. At six months, 41% (128 patients) had no follow-up testing, said David Etzioni, M.D., of the University of California Los Angeles, and colleagues.

Gleevec Progeny Treat Resistant Mutations
For chromic myelogenous leukemia patients who develop resistance or are refractory to Gleevec (imatinib), nilotinib is waiting in the wings, according to an international evaluation.

In a study of peripheral blood samples from patients enrolled in a phase II study of nilotinib (AMN107) who had Gleevec failure, the investigational agent induced hematologic and/or cytogenetic responses in patients with 23 of 24 Gleevec-resistant mutations, said Andreas Hochhaus, M.D., of the University of Heidelberg faculty in Mannheim, Germany, at the of the American Society of Hematology meeting.

Hematologic responses occurred in 78% of patients with chronic phase CML, 75% of those in accelerated phase, and in 25% of those in blast crisis, Dr. Hochhaus and colleagues said.

The FDA also approved in June another drug that effectively treats many cases of Gleevec-resistant CML: Sprycell (dasatinib). The FDA also gave standard approval to the agent for adults with Philadelphia chromosome-positive acute lymphoblastic leukemia with resistance or intolerance to prior therapy.

AML Survivors Okay Two Decades On
Young patients with acute myeloid leukemia are not only surviving but doing well in adult life, albeit with an increased risk for secondary cancers or heart disease, showed data from the Childhood Cancer Survivor Study.

"Among five-year survivors of AML, long term survival is quite good, and generally over 90%," said Daniel A. Mulrooney, M.D., of the University of Minnesota at the American Society of Hematology meeting.

But late recurrences and the medical late effects of therapy, such as second cancers and cardiovascular symptoms, warrant long-term follow-up, said Dr. Mulrooney.

Among more than 75,000 men and women without cancer or diabetes who were followed for more than seven years, those who reported eating more added sugar soft drinks, and sweetened fruit soups or stewed fruit, were significantly more likely to develop cancer of the pancreas, found Susanna C. Larsson, M.Sc., of the Karolinska Institute in Stockholm, and colleagues. The increased risk may be related to sugar's effects on insulin action and glucose metabolism, the investigators suggested in the November issue of the American Journal of Clinical Nutrition.

In a meta-analysis of randomized controlled trials, statins had "a neutral effect on cancer and cancer death risks," according to Krista Dale, Pharm.D., of the School of Pharmacy in Storrs. Participants using statins did not see a reduction in the overall incidence of cancer, compared with controls, nor did statins reduce overall cancer deaths, the investigators found.

They also broke down the analysis by cancer subtype (breast, colon, gastrointestinal tract, prostate, respiratory tract, and melanoma) and by statin subtype (hydrophilic, lipophilic, naturally derived, or synthetically derived). Regardless of the subtype, there was no cancer prevention effect Dr. Dale and colleagues noted.

The authors noted that their results seem to conflict with laboratory and animal studies suggesting that omega-3 fatty acids may have a protective effect against cancer, but they chalked up this discrepancy to the inadequacies of cancer models, and to differences between omega-3 forms found in foods and in dietary supplements.

In a review of 38 articles describing the effects of omega-3 consumption (either from foods or from dietary supplements) on cancer, Dr. MacLean and colleagues found that "omega-3 fatty acids appear not to affect a mechanism of cancer development that is common across the different types of cancers evaluated in this report. Likewise, there is little to suggest that omega-3 fatty acids reduce the risk of any single type of cancer."

HPV Vaccine a Shot in the Arm
On the positive side of the ledger, the FDA in June gave the nod to a vaccine, called Gardasil, against oncogenic human papillomavirus strains as a means of preventing cervical cancer and cervical, vaginal, and vulval neoplasias.

Cell Phones Off the Hook (Yet Again)
And lastly, in a story that just won't die, two more studies refuted the notion that there's any link between the use of cell phones and brain cancer.

Among 420,095 Danish mobile phone subscribers followed for up to 21 years, the cancer risk was in fact slightly lower than the general population, with no increase for brain cancer, said Joachim Schz, Ph.D., of the Danish Cancer Society, and colleagues, in the Dec. 6 issue of the Journal of the National Cancer Institute.

The study included all Danes who first subscribed to cellular service from 1982 to 1995. The researchers linked these records with national cancer registry data to calculate incidence rates compared to expected rates for the general population. They found the overall cancer risk among subscribers was slightly, but significantly, lower than expected.

Similarly, British researchers determined no association between the risk of glioma and time since first cell-phone use, lifetime years of use, and cumulative number of calls and hours of use, according to Sarah Hepworth, Ph.D., a medical statistician at the Leeds Institute of Genetics, Health, and Therapeutics.

The study is in accord with most studies that have examined the highly publicized notion that radio frequencies emitted by cell phones can cause cancer, concluded Dr. Hepworth and colleagues at the Universities of Leeds, Manchester and Nottingham and the Institute of Cancer Research in London.

In general, there is "a lack of convincing and consistent evidence" that exposure to radio waves causes cancer and "our findings are consistent with this," the researchers said in the online issue of the BMJ, formerly the British Medical Journal.

Impact of HPV Vaccination in US is Rising, and Herd Immunity is Getting Stronger, According to New Research 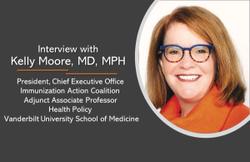